Honda 2015 current will Civic
ZTSG 05/07/2022 Coupe 173
Ladies and gentlemen, what we have is a possible rendering of the 2018 Honda CR-Z. Our initial impression of the next generation CR-Z is indeed very good. It looks more attractive than the current ver...

Right now, the current generation CR-Z has been plagued with a very underwhelming Hybrid drivetrain and because of this, the CR-Z is struggling to gain some traction in the American Hybrid vehicle market. Last year, Honda terminated the sales of the CR-Z in Europe and Australia because of these factors.

The current generation Honda CR-Z is based on a modified platform derived from the Honda Fit. Unlike the Fit, the fuel tank in the Honda CR-Z is placed in the back, rather than in the center, and that is the major difference between the two cars.

This is where the new Honda CR-Z definitely standouts when compared to the current model with its lethargic hybrid powertrain. Over the past year or so, Honda of America Executives have been begging Honda Motor Cars board members to come up with an affordable high-performance sports coupe to increase the brand awareness and the new CR-Z might be the answer to all of their prayers.

As of this writing, word around the internet is that the new Honda CR-Z will be receiving a detuned version of the 2.0 L Turbocharged V-TEC 4 cylinder engine found in the upcoming Honda Civic Type-R. In the Civic Type-R, the engine is tuned to produce 306 horsepower and 295 lb.ft. of torque. So, even if the motor is detuned, expect the power output to still remain well above the 280 horsepower mark and we also expect the torque figures to remain the same or slightly lower. 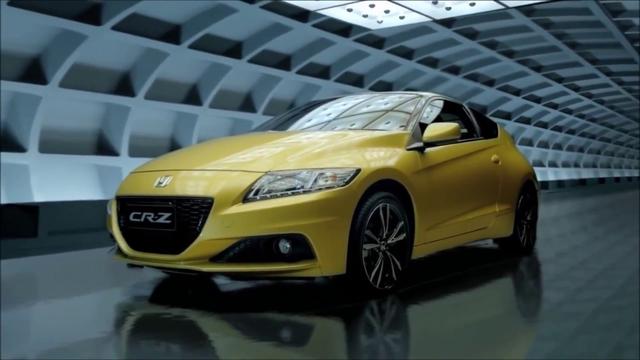 If the powertrain is directly transplanted from the Civic Type-R to the new Honda CR-Z, the default transmission will be the six-speed manual gearbox and right now, there is no word about a possible automatic transmission as an option.

When the new Honda CR-Z arrives in the U.S., it might be marketed as a high-performance coupe version of the next Civic and could possibly be badged as Honda Civic CR-Z.

Right now, the new Honda CR-Z is still at least three years away from making its way into your local Honda showrooms. Expect Honda to showcase a concept version of this car during the 2017 Detroit Auto Show. Afterwards, Honda might set the go on-sale date for the new CR-Z sometime in early 2018.

Picture courtesy of American Honda Provided by the car company.