racing Shelby Carroll cars car
ZTSG 05/01/2022 Coupe 364
The first time I knew the name Shelby was because I saw a photo of a cool car painted in dark blue with white racing stripes when I was in high school. That is a Shelby cobra. I did my best to researc...

The first time I knew the name Shelby was because I saw a photo of a cool car painted in dark blue with white racing stripes when I was in high school. That is a Shelby cobra. I did my best to research and found that these cars are the brainchild of Carroll Shelby, who was a racing driver.

Fitting that Rinsey Mills, author of books about the AC Cobra, be the one to collaborate with Carroll himself on Carroll Shelby, The Authorized Autobiography. The book lays out the life of Carroll Shelby from his childhood through his racing career on through his days in automotive tuning and design.

I chuckled to myself when I read about how Shelby built his first ‘race car’ like a lot of us gear heads did as a kid — out of wood and a small gasoline engine. A couple of pages later I wasn’t too surprised to learn that at 14 he had broken 80 mph. Needless to say, racing was in his blood.

After serving stateside in the Army Air Force, Carroll first started out working life as a truck driver. Fortunately, his truck mechanic also worked on race cars and introduced Shelby to some of the guys he knew. He didn’t make enough money as a truck driver so he later became a farmer, complete with bib overalls.

He started doing a bit of racing using other people’s cars and tinkering with cars in his spare time, helping out with the SCCA when he finally caught his big racing break. It wasn’t just the fact that he would race in his bib overalls that caught the attention of one wealthy car owner after another over the next few years and as the popularity of racing grew both in the US and in Europe, so did Shelby’s racing career. He raced all over the world until heart trouble forced him to stop. But Carroll wasn’t done completely with racing, just as a driver.

Carroll started a racing school which in 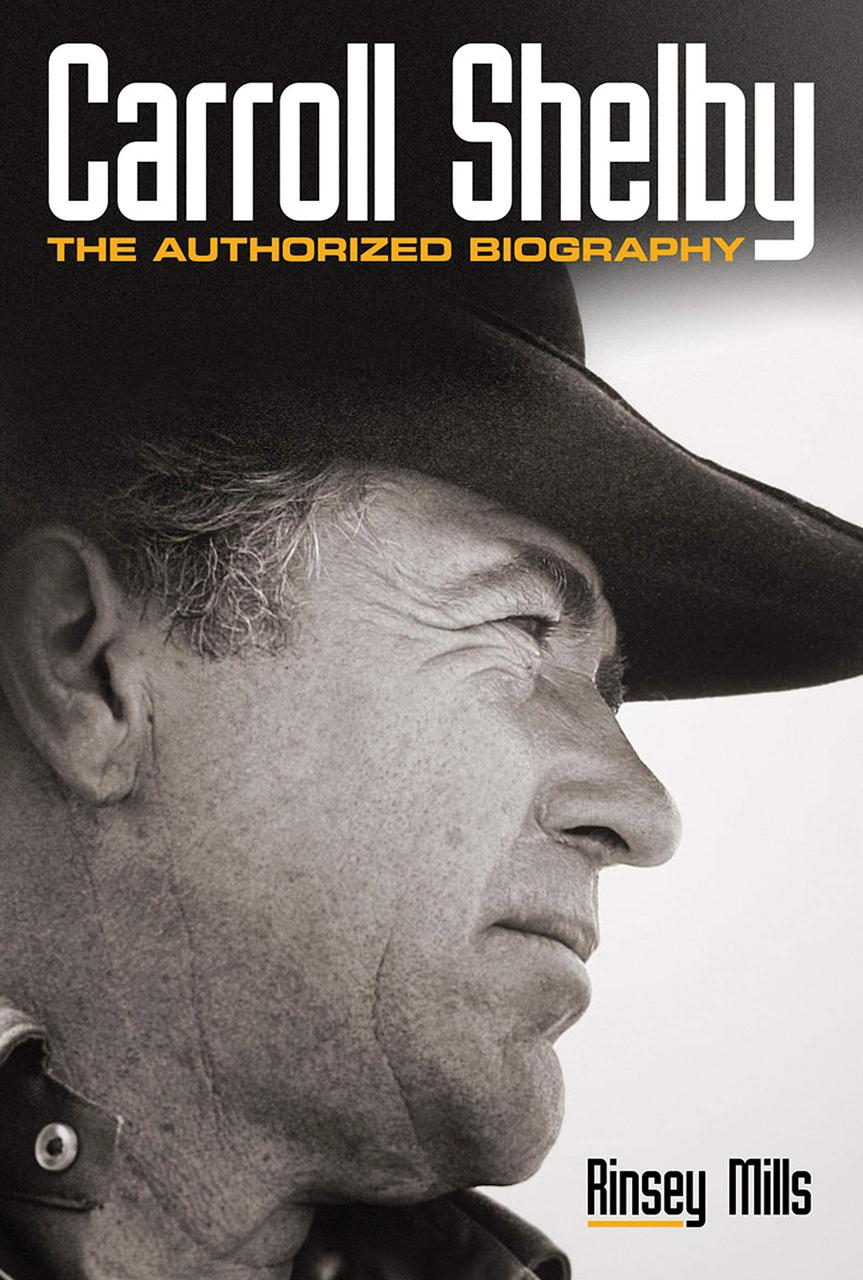 itially floundered. He also started as a Goodyear racing tire distributor,and became a contributing editor of Sports Car Graphic in which he promoted his racing school. That is when his school took off. However it was his idea to build a sports car we are all really familiar with.

Carroll was in the right place at the right time when the Cobra came to be. AC lost their engine supplier and Carroll new some Ford guys who had an engine. Shelby initially married a 260 cubic inch engine to a modified AC chassis and body. They were not only released as sports cars, but also racing cars. They won their first race in 1962. Then came the 289 cubic inch motor.

It was during racing that it was noticed the chassis and body was flexing a lot. The idea of a coupe for racing was tossed around and then developed. Special beefed-up chassis were built and the coupe was born. During this time Carroll also experimented by dropping in a 427 ‘just to see’. Later a 427 would be in a roadster as well with a beefed-up chassis. Cobras went on to become racing legends.

Carroll also lent his expertise on Ford’s GT40, GT350 Mustang in the ’60’s under Lee Iacocca, who was head of Ford at the time. Little known, he also collaborated with Toyota around 1967 on the 2000GT producing just two cars. Toyota gave up racing after just a year. Shelby Enterprises continued, but Carroll stepped away from the auto industry and traveled.

In the early 80’s, Shelby one again joined up with Iacocca, who was now at Chrysler. He collaborated with Dodge producing Shelby versions of the Charger, Omni, Daytona, Shadow, and Lancer, and Dakota pickup truck. He never had his name on the Viper but was considered ‘one of its father’s’.

This is the definitive selection for any Shelby fan.