McLaren Special Operations did the work for a customer in Canada.

McLaren has an in-house division called McLaren Special Operations (MSO). And although the name sounds like a CIA branch James Bond would work through, it is actually the supercar maker’s customizing shop. They recently rolled out a special 600LT Coupé featuring a range of enhancements to show off what they can do.

And it has a really cool shade of blue.

What Is The Comet Fade McLaren 600LT Coupé?

What Is The Comet Fade McLaren 600LT Coupé?

This 600LT Coupé that McLaren MSO gave the once-over to was delivered through McLaren Toronto to one of the brand’s long-time customers. I don’t know why I find that so odd, but there you go. One of the most heavily-optioned vehicles, made by one of, if not the best British supercar maker, went to The Great White North. Pretty cool, ‘eh?

Also cool, besides all the technical flourishes, is the paint. Inspired by the brightness and speed of a comet, the exterior and interior finishes of this 600LT fade from bright to dark. That’s actually an old school hot-rodder trick, but I don’t want to spoil McLaren’s buzz, and besides, this thing looks totally bitchin’. 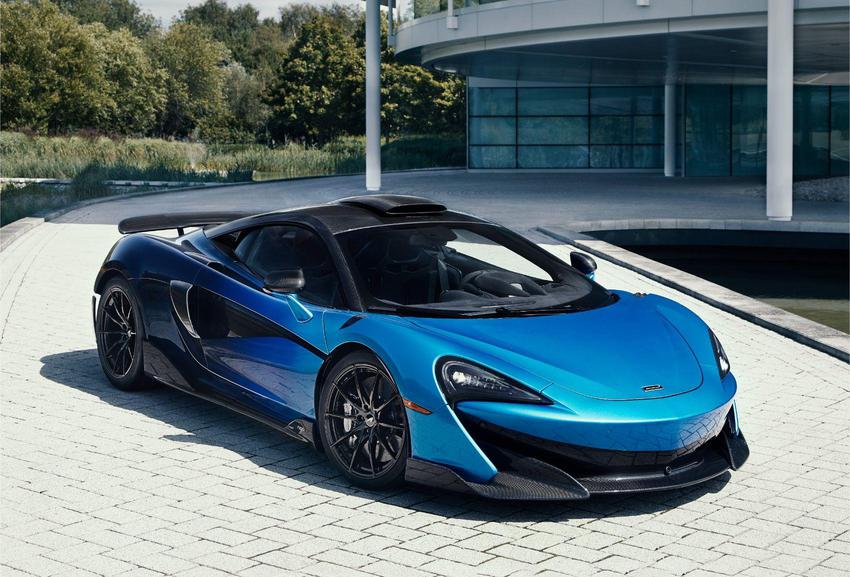 Like anything else McLaren does, paining this car was an excruciatingly-complex and overblown process. Not to get too bogged down in the details, but check this out: The Comet Fade paint job took MSO technicians 120 hours to complete. The main color is called Coriolis Blend; which fades from an MS

No, I don’t have the code numbers for those if you want to paint up your Bonneville Lakester. However, I’ll be there to cheer you on, cause that would look so cool.

Of course there’s tons of carbon fiber to be seen. There’s an MSO Bespoke Visual Carbon Fiber Roof Scoop, and three different carbon fiber upgrade packs. The packs add carbon fiber to the front splitter; side skirts; rear bumper, diffuser, spoiler, and wing; and then to the service cover hatch (I think that’s what passes for a “hood” these days).

And the best part? The three-piece, retractable hardtop can be operated up to 25mph, with the push of a button. Whoever this person is in Toronto who got this Comet Blue McLaren 600LT, they hit the jackpot (and probably paid that much for it too).