Seven Caterham car Lotus sports
ZTSG 28/06/2022 Hatchback 114
The British sports car craftsmanship of the 1950s and 1960s can be considered one of the most authentic expressions of carefree driving. Despite the cumbersome electrical work, many drivers at the tim...

The British sports car craftsmanship of the 1950s and 1960s can be considered one of the most authentic expressions of carefree driving. Despite the cumbersome electrical work, many drivers at the time fell in love with lightweight compact sports cars from the UK. Triumph, MG, AC and Sunbeam have produced some ideal cars for drivers who want affordable and interesting wheels.

One of the iconic vehicles distributed from 1960s England was the Lotus Seven. Automotive engineering guru Colin Chapman built the first Lotus Seven in 1957 as a barebones, street-legal performance machine.

Taking a minimalist approach, Chapman’s two-seat roadster was designed to be extremely lightweight (at around 1,100 pounds) and handle with race-like athleticism. The racecar characteristics were intentionally built in the Lotus Seven so drivers could easily take the sports car club racing on weekends.

For Chapman’s Lotus brand, the Seven allowed Chapman to finance his Formula 1 efforts and later produce road vehicles such as the Lotus Elan and Esprit. As for the Seven roadster, its legacy outlived Lotus’ 1972 discontinuation of the sports car. Immediately after Lotus built its last example of the sports car, a company based in Surrey acquired the rights to continue the Seven name. For 40 years, Caterham Cars has created several variants of the Seven including modern versions incorporating a Cosworth Ford Duratec engine. Based on the same philosophy for over 55 years, a new evolution in the Caterham Seven is touted as a vehicle faithful to the first Lotus car. 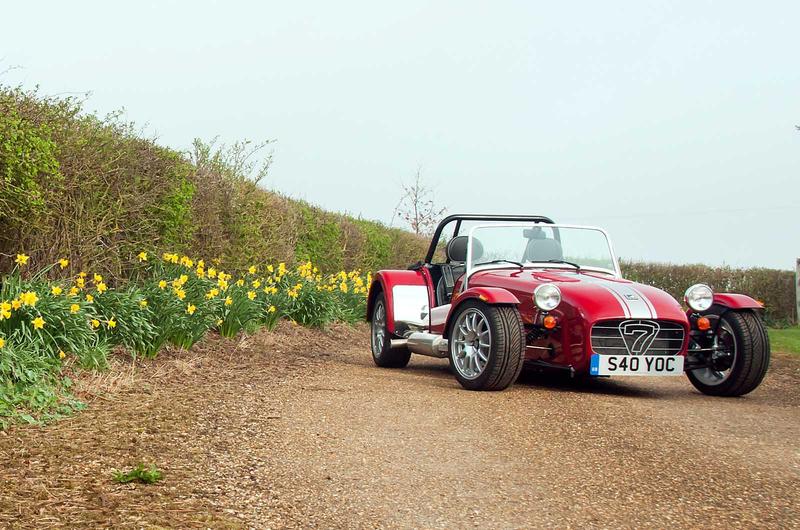 Announcing only scarce details for the new Seven, Caterham Cars has stated their upcoming vehicle is told to be a very compact, lightweight and affordable entry-level vehicle. Caterham Cars CEO Graham Macdonald described the new car as “...taking the brand right back to where it started”.

Macdonald went on to comment the vehicle will be uncomplicated as well as an intuitive driving experience. Along with a highly-shadowed picture of the new Seven, there seems to be little reason to expect a car to boldly redefine Caterham‘s current commitment to street-legal racers.

As for the new Seven’s powerplant, I have already stated there is limited information released from Caterham. Caterham has mentioned the upcoming vehicle could become most fuel efficient version of the Seven ever built. The engine is also said to be emissions compliant to European emission standards. It might be worth mentioning the Caterham had entered into a partnership with Renault last year as the French automaker works to relive the Alpine brand.

Perhaps a Renault engine could be part of the new Caterham Seven car.

The last remaining specific about the next Caterham Seven is the price. A price around £17,000 (currently $26,258 USD) is attached to the new car that’s slated for a fall release.