Don't worry about your Prius battery

Prius batteries battery car Toyota
ZTSG 13/04/2022 Hatchback 117
Late night last night, I received an email from the big boss Chris about the battery of the Toyota Prius. The dialogue goes like this:Chris:“Want to do a factual/opinion piece on this? It’s a question...

Late night last night, I received an email from the big boss Chris about the battery of the Toyota Prius. The dialogue goes like this:

Chris:“Want to do a factual/opinion piece on this? It’s a question I’ve heard quite a few times.”

Tony:“You mean changing out the Prius battery question is one you’ve been hearing?”

Chris:“More like what happens when the batteries stop recharging. Seems like people think they’ll run out within a few years.”

Allow me to put your mind at ease...

This whole issue was prompted by a blog post on Toyota’s Open Road Blog. It seems that some people think that the battery pack on a Prius, or any other hybrid for that matter, has a short shelf life. They don’t, but like everything else in the known universe, they DO have a given lifespan. 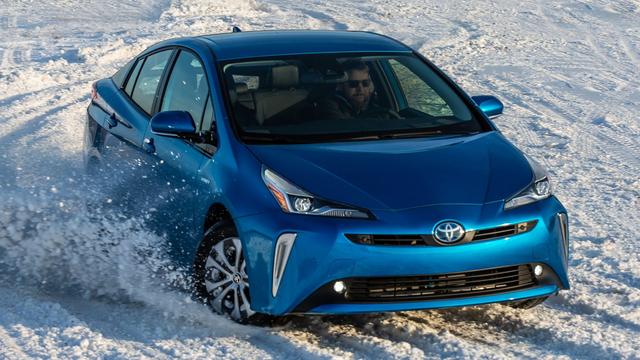 Normally, batteries are fairly simple devices, especially the simple lead/acid ones, like the kind in your flashlight and Prius. Sure, they will eventually wear out, but the key to maintaining a long life for most simple batteries is to make sure they’re fully charged when you idle them. With the battery in your car, or the batteries in a Prius, this isn’t a problem, because the cars alternator & charging system makes sure the battery is fully charged up when you park the car for the night.

What kills a lead/acid battery is letting it rest when it’s partially charged, or, more normally, letting it sit. That’s why, when you find that Ferrari GTO in the barn for $500, it won’t turn over. The battery has gone flat. You get out the jumper cables, and of course the car will fire up and run, cause it’s firing from the alternator at that point.

If you shut the car off, it won’t start again. Why? The battery won’t hold a charge.

Even with a car as exotic as a GTO, the answer is simple: You go down to the nearest Shucks/Kragen/auto parts store and get the right kind of 12 volt battery, swap it out with the old one like you would a light bulb, and your on your way.

Of course, this procedure is not the same for Toyota’s Prius.

There’s a BUNCH of batteries in there, and they’re largely inaccessible to mere mortals (you better have a lift for the car, etc etc etc). The good news is that the batteries are a really robust part of the whole system, and, as you would expect, Toyota has been keeping track of all the Prius out there to see how they’re doing in the real world.

There’s more than a few 1st gen Prius that are in the quarter million-mile club, that are still running like trains, and there’s even a Gen 1 Prius taxi in Victoria B.C. that’s over 300,000 with no battery related problems. And just in case you’re interested, the record is over 400,000 miles for a Prius.

So really, the batteries in a hybrid are a pretty strong link in the chain. The stuff that will wear out is the stuff that has always worn out, things like head gaskets and transaxels and tires and brakes and whatnot.

Don’t worry about the batteries.

This is a complete scoop of Toyota's Jon F. Thompson.