Keating car TKR Salt Flats
ZTSG 20/04/2022 Hatchback 159
At Automoblog, we have a soft spot for these small engineering specials. Every month or so, someone who has a garage and a large enough engine will say on the news network, "Adventure motorsport makes...

At Automoblog, we have a soft spot for these small engineering specials. Every month or so, someone who has a garage and a large enough engine will say on the news network, "Adventure motorsport makes the fastest car in the known universe."

And they are, usually, surprisingly, technically right. They’ve built a car that punches a small enough hole in the atmosphere, has a big enough mill in the engine bay and tall enough ratio’s in the gearbox, and it looks the car might actually be able to raise what ever the current terminal velocity is by a tenth or so.

So here comes Keating with their TKR Supercar across our transom and they’re saying it’ll do 260.1 ... all right, let’s find out.

Keating is a British sports car manufacturer that first came to notice back in April of 2008. That’s when they announced they were going to produce a brace of new supercars called the SKR and TKR. 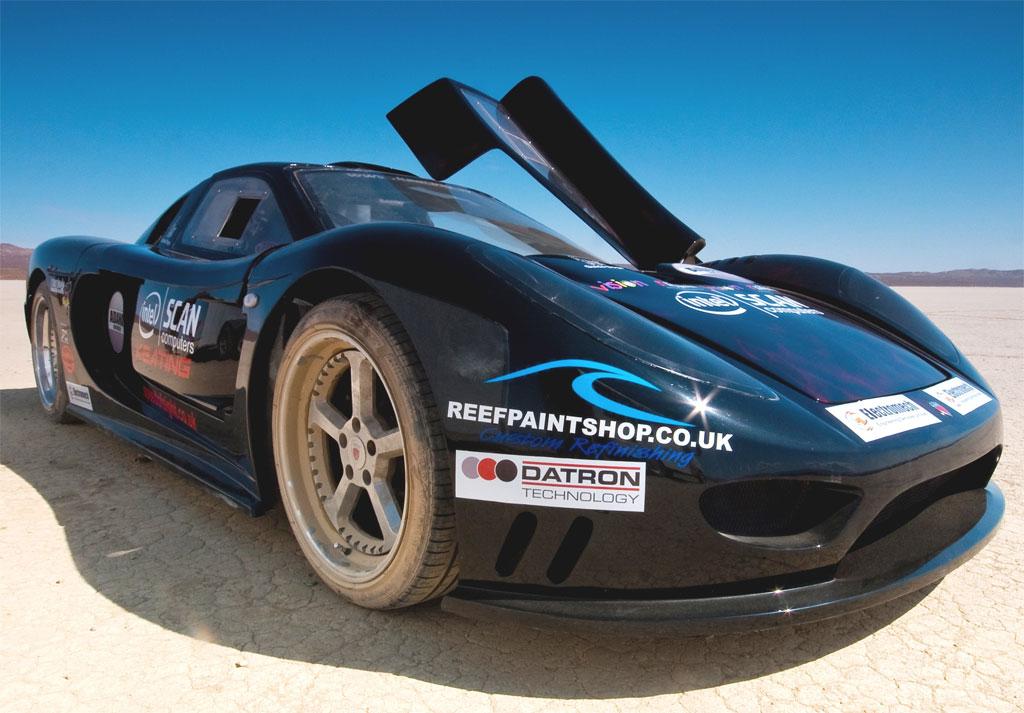 Back in April of ’08, Keating was boldly asserting that the angular TKR would have the wherewithal of being the fastest production car in the world, and would be faster than the current for 2008 world record holder, the Bugatti Veyron. OK, sure, why not? You strap a rocket engine to a Volkswagen Beetle and it can be fast, right?

Keating was maintaining at this year\’s MPH Auto Show in England that the TKR had posted an “unofficial” top speed of 260.1 mph during testing at California\’s Salt Lake Flats. OK, you could do that, sure. But where the Hell is California\’s Salt Lake Flats? That names doesn’t come up in any Google search (map or otherwise) and it doesn’t ring any bells in the scores of LSR-related books I’ve read. Maybe they mean the Bonneville Salt Flats. Or out at Muroc, which is a dry lake bed, and not salt flats.

Anyway, the first of two runs at the “Salt Lake Flats” saw the TKR seemingly smash the current record, adding another 3.0 mph onto the top speed held by the SSC Ultimate Aero TT, the current title holder. Given that the TKR is motivated by a 7.0-liter, 1,800 horsepower, that seems reasonable.

But as far as I can tell, that was a one way run, and for a top speed mark to stand, you’ve got to do TWO runs, in opposing directions (to counter act for wind and other environmental factors), or it don’t go into the record books. So, Keating has some more work to do, some data monitoring gear to calibrate and install, and they might want to hire an outside measuring firm to swing by the “Salt Lake Flats”, just to dot the “t’s” and cross the “i’s”.

Both of the Keating rides have the same basic chassis, consisting of a steel spaceframe structure, or an optional carbon-fiber structure they say, which kind of makes me “huh”. The aforementioned 7.0-liter, 1,800 horsepower is a GM-sourced V-8 unit. Either car comes with your choice of fiberglass or carbon fiber body panels and the only tranny available is a 5-speed Porsche transaxle.

Keating is still accepting orders for the car, and they expect to start production until the end of 2009 in limited quantities.