Looking forward to the cloud of automotive electronics in the future

cloud car computing technology automotive
ZTSG 27/02/2022 Hatchback 113
In the past decade, in-car infotainment electronics have evolved from multi-disc CD chargers and occasional rear-seat DVD viewing systems to levels of innovation that were once considered absurd. Sate...

In the past decade, in-car infotainment electronics have evolved from multi-disc CD chargers and occasional rear-seat DVD viewing systems to levels of innovation that were once considered absurd. Satellite broadcasting, electronic GPS navigation, and even wireless Internet connections on several luxury items are just the tip of the iceberg currently available to passengers in the car.

An exhibition that coincided with the 2012 North American International Auto Show in Detroit, the Consumer Electronics Show (CES) in Las Vegas provided a spotlight on all things high technology. Countless tablet computers, WiFi digital cameras and smartphones were the common spectacle of future electronics. Tempering with the usual balance of the CES in Las Vegas, representatives for the 20th century’s most pivotal invention (the automobile), brought some cutting-edge solutions for the 21st century’s demanding mobile technology world. In fact, Ford Motor Company took an innovation award away from the 2012 CES for their latest MyFord Mobile App.

On several occasions during the 2012 technology show in Las Vegas, a term began to swirl over automotive company products at a higher frequency than ever. The use of the term “The Cloud” was inserted into the presentation of several devices for the future of automotive infotainment. Instead of storing electronic programs and files on a physical hard drive or disk, information is stored through a virtual space called the “cloud”. As in-car electronic systems (most notably navigation services) progressed from the use of DVDs to hard drives that well surpasses many tablet PCs, the venture to the cloud for auto equipment manufacturers means limitless possibilities. The introduction of cloud computing principles have grown most prevalently with the popular navigation program called Google Maps employed on systems including the Ford SYNC and Audi MMI. Unlike previous GPS systems that either stored limited information or require time-consuming updates through a home computer, Google Maps uses a cloud interface to calculate routes. At the recent 2012 CES exhibition, auto companies are certainly becoming wiser to high-flying cloud computing ideals.

Making use of the open world of the cloud, Mercedes-Benz unveiled an upgraded version of their mbrace telematics suite of security and comfort connectivity features set for introduction starting the new SL roadster in the 2013 model year. An enhanced service, mbrace2 expands its reach in providing Mercedes-Benz occupants with a richer, even more connected electronic experience. Facebook, Yelp and Google Local Search are some Apps users of mbrace2 can expect immediately. Based on a cloud-based system, the mbrace2 system can be easily and conveniently updated allowing for delivery of an even greater selection of Apps in the future. The one necessity of cloud computing is a constant wireless connection. For the Mercedes-Benz mbrace2 system, Verizon will provide the subscribed service as it rolls out early this year.

With much of the auto sector devoted to the development of exclusive in-car infotainment solutions (i.e. MyFord Touch, Cadillac CUE, and Kia UVO), the outside stereo and car entertainment suppliers appear to have lost leverage on the marketplace. Oth

er than the units created in-house or through partnerships, Aha by HARMAN have been making some serious inroads on the automotive infotainment market utilizing a cloud-platform. 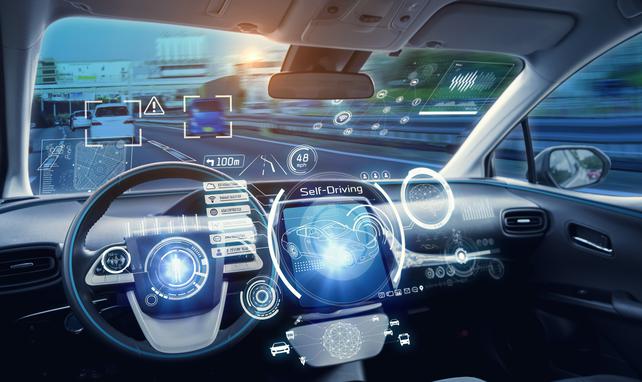 Launched as an iPhone App in 2009 as Aha Mobile, the web-based platform delivers an array of interactive products. Internet radio, navigation-related information, as well as audio dictation of Facebook and Twitter messaging is obtained through the Aha Mobile App that will also soon be joining the Android device marketplace. While Pioneer introduced the first automotive stereo system to incorporate Aha by HARMAN technology, the growth of the brand depends on forging relationships with the automakers.

During the 2012 CES, Subaru and Honda will be the first OEM deployment of Aha by HARMAN technology in the North American market. Demonstrated on a 2013 Subaru BRZ sports car at the 2012 CES exhibition in Las Vegas, the vehicle presented the new web-based entertainment options available through Aha by HARMAN. In the case of Subaru, customers can expect Aha by HARMAN to become part of what will be a “fourth band” of car radio joining AM, FM and satellite radio options on future vehicles.

Cloud computing principles will most definitely affect the evolution of an already growing market for in-car infotainment electronics. Late in 2011, Ford announced a brand-new MyFord Touch infotainment suite for their upcoming 2013 model year vehicles. As they outfit future products with the new in-car system, previous owners of Ford products featuring the first-generation MyFord Touch are being provided with an upgrade through a USB stick. While not a terribly labor-intensive task, cloud computing solutions in automobiles would allow updates and improvements to be conducted near seamlessly.

For automotive consumers, cloud computing could unveil a reality where a car or truck could feature the same technological flexibility as an Apple iPad. Numerous Apps, limitless music and media storage, the most current road maps possible as well as effortless data sharing are advantages cloud-based vehicles can provide. Along with the expansive abilities of cloud-based in-car technology, new features such as voice recognition can be modified through software upgrades allowing motorists to immediately experience the advancements of technology (no longer a prize reserved for the purchaser of the newest vehicle). Among the only possible downside could be privacy and security of cloud-based systems. While all automotive uses of cloud computing engages methods to properly protect information, the future is as wide open as the cloud network for debate on this very accessible data.

The cloud computing integration with automobiles could also mean a buyer trading in their vehicle can take more than the custom floor mats and the air freshener with them to the next automotive upgrade. Contingent on the fact a buyer stays with a single auto manufacturer (at least for the time being), it will be highly likely all unique Apps and set-up information can be seamlessly passed to the next vehicle.