Nissan Ariya: The new electric crossover starts at approximately US$40,000

Nissan Ariya will amp Gupta
ZTSG 30/03/2022 Hatchback 118
Nissan recently announced its first all-electric crossover, which is scheduled to be launched in the U.S. market in 2021. Nissan Ariya showed off to a global audience at a live event in Yokohama, Japa...

Nissan recently announced its first all-electric crossover, which is scheduled to be launched in the U.S. market in 2021. Nissan Ariya showed off to a global audience at a live event in Yokohama, Japan, with CEO Makoto Uchida and COO Ashwani Gupta.

“The Ariya, a key model in Nissan’s plan to roll out ten new models in 20 months, demonstrates our commitment to meeting customer demand for crossovers with the most advanced electrified, automated, and connected technologies,” Gupta said.

Even though the Ariya is new territory for Nissan, the automaker has a decade of experience manufacturing electric vehicles. The 2010 Nissan Leaf was the company’s first mass-marketed electric vehicle selling over 500,000 units to date. “The company expects sales of its EVs and e-POWER electrified models to be more than one million units a year by the end of fiscal 2023,” Gupta continued. “The Ariya will play a significant role in attaining that goal.”

Is The Nissan Ariya All-Wheel Drive?

Sportscar Performance In a Crossover

Is The Nissan Ariya All-Wheel Drive?

The Ariya is available in a two-wheel drive (2WD) version and a new “e-4ORCE” all-wheel drive variant. The long-range 2WD model has a range of approximately 300 miles, based on Nissan’s preliminary estimate. Buyers will also have the option of two different size batteries.

Sportscar Performance In a Crossover

The Nissan Ariya has been designed to perform like a sportscar. The all-wheel drive model will produce 388 horsepower and 443 lb-ft. of torque. Gupta claimed to journalists in an online meeting that the Ariya will be able to hit 60 in about five seconds. This performance is similar to Nissan’s 370Z sports car. 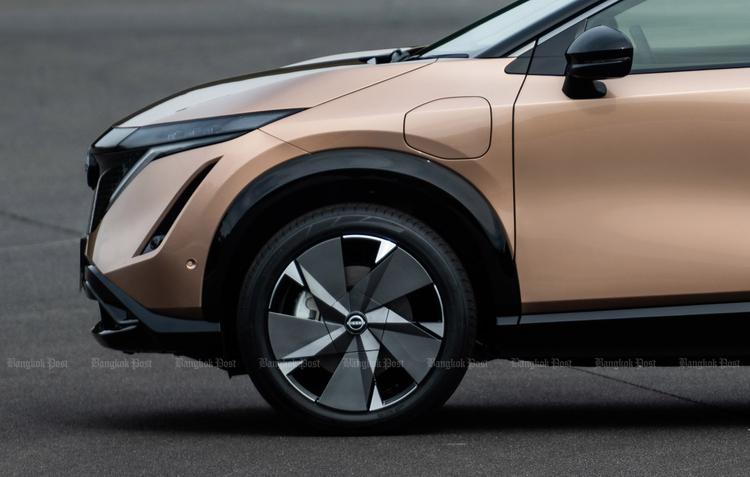 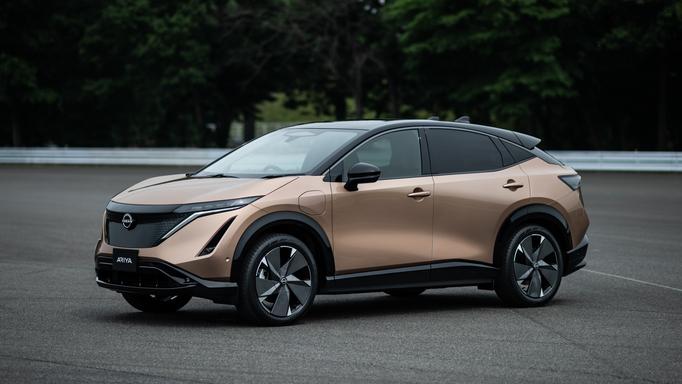 Nissan has replaced most of the buttons and switches previously used to adjust settings such as the climate control and stereo in the Ariya with touch-sensitive icons illuminated on the dashboard. The new Ariya will also include Amazon Alexa as well as Apple CarPlay and Android Auto.

The new Ariya is available with ProPILOT Assist 2.0 and Nissan’s Safety Shield 360. The latter package includes:

Nissan’s Around View Monitor and Intelligent Forward Collision Warning are also available on the Ariya.

The all-new Nissan Ariya is scheduled to hit the market in Japan in mid-2021. Following the release in Japan, the Ariya will be available in the United States and Canada. Ariya pricing will start at around $40,000 in the U.S. market.

Born and raised in the Motor City by an autoworker’s family, Michael Turashoff has a love of cars woven into his DNA. Michael is a professional content creator, marketing expert, and successful entrepreneur with over a decade of experience.