This 2013 racing documentary is still one of the best

where to watch it

In 2013 a well-made documentary came out, titled 1. As in Formula 1. As in Grand Prix racing. Although it is never stated why 1 was made in the first place, it has a veneer of being somewhat of an advertisement. Like something made to draw new fans to F1 racing all the while serving the gearheads that are certain to watch it.

Gearhead Opinions are easy to calculate. Let’s face it: We’ll watch just about anything if it centers around cars or racing. Even if it’s poorly executed through and through. Gearheads put up with a lot of trash to get 10 seconds worth of a cool car. This is most definitely not the case with 1. This movie is fantastic from a gearhead’s perspective, even if it bodes like an advertisement.

What Exactly Works In 1?

“The Driver As Hero”

Credit Where Credit Is Due

What Exactly Works In 1?

When it comes to 1, they brought in at least one heavyweight to give it some star power. Michael Fassbender handles the narration. He’s the Irish guy that’s actually German but is really Irish. He has a friendly, resonant voice with just a bit of a Gaelic lilt. He also knows his stuff, being a gentleman racer himself. So that’s a good move. 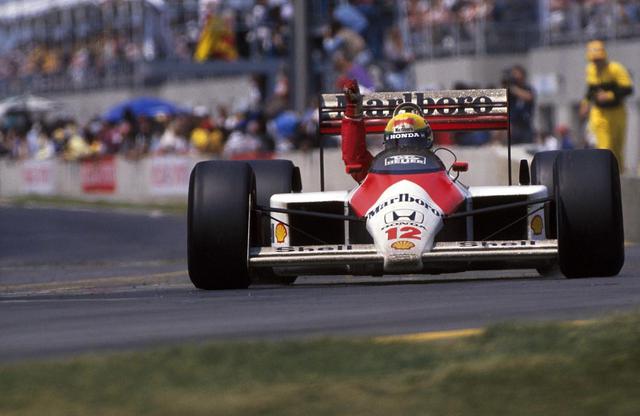 “The Driver As Hero”

1 is directed by Paul Crowder. He was Stacy Peralta’s editor on the skating documentary Dogtown and Z Boys as well as Riding Giants, one of the best modern documentaries I have ever seen, and easily the best surfing documentary ever. It’s even better than Bruce Brown’s The Endless Summer. Yes, really.

So Crowder knows what he’s doing, and you can tell from the get-go. The pre-war backstory of Grand Prix racing is told under the opening credits (F1 not officially starting in its modern iteration until 1950, but growing out of pre-war European racing traditions). There’s also a quick recap of Fangio, the greatest of the immediate post-war drivers to set the stage for “The driver as Hero” idea.

The story of 1 really takes off with Jimmy Clark. Clark was the first modern driver in the first truly modern racing car. 1 is told linearly. It starts on day one and clicks along to the present day, more or less. It does wander from time to time to pick up and examine specific races or people or incidents.

The first of these enjoyable diversions is about Monaco, the worst, craziest, most fun place to hold a car race. There’s an

interview with Grace Kelly, charming and charismatic as always. What Monaco is and what it represents is encapsulated in four words, spoken by no less of an authority than Mario Andretti: “Kings wanted to attend.”

From there, 1 gets back on pace, tracking how racing machines outpaced safety standards, frighteningly showing that nothing was new except for the cars. The tracks, safety, and such were still run to the standards of, oh, let’s say 1933. Immediately after came sponsorship, and with all that money came growing safety concerns and increasing exploitation of aerodynamics.

All of this stuff coalesced around the same time as did the rise of some great rivalries driven by great personalities. They cover Jackie (Stewart) vs. Jacky (Ickx), two drivers that diverged in everything – safety, risk, women, danger – except their capacity to drive fast. Hunt The Shunt is in there, as are all his great battles with Niki Lauda, who is resurrected like Lazarus.

The modern era is ushered in with the death of Ayrton Senna and an in-depth look into the post-Senna safety push. This culminates in Lewis Hamilton, the current and reigning F1 world champ stating, “I never had that fear. I never worried about being hurt.” Well, you should, Lewis, and to me, that’s part of the problem with racing today.

Credit Where Credit Is Due

There are some off points here and there. The sound mix is uneven at times, and the use of 60s music is predictable. And there’s some literal “torn from the headlines BS” graphics, the perennial fake track announcers that sound fake, and probably worst of all, the screaming women dubbed in by the magic of ADR.

However, a lot of praise still goes to Crowder here. He does a nice silence drop to gain your attention right at the top, just like he does in Riding Giants. It’s a neat brush stroke that makes you lean in, only to get whammed with sights and sounds. And just like in his previous editorial efforts, Crowder makes careful use of digital still pushes with mostly unseen racing footage.

From a guy who has worked in racing and film production all his life, I give this 4 out of 5 checkered flags. 1 is a good movie that even non-gearhead types will enjoy.