Golf black mpg
ZTSG 26/03/2022 Hatchback 146
Here are some numbers that can warm the heart of almost all gearboxes: 270HP and four-wheel drive. This is the power of Volkswagen’s new Golf R and how it can maximize this power. This means that the...

Here are some numbers that can warm the heart of almost all gearboxes: 270HP and four-wheel drive. This is the power of Volkswagen’s new Golf R and how it can maximize this power. This means that the factory-produced golf is the fastest ever (not counting aftermarket tuners).

Not only is it the fastest, it’s also the quickest. The Golf R does away with the old Golf R32’s 3.2-liter V6 FSI and puts a new mill under the bonnet. In the case of the Golf R, it’s a lightly modified version of the Scirocco R’s 2.0-liter TSI four-cylinder engine. Said mill develops 270HP at 6,000 rpm and 258 lbs ft of torque at 2,500 rpm. The Golf R also gets a new hydraulic all-wheel drive system that VW says is able to react more quickly than the AWD on the R32 while also limiting the torque is channeled through either axle to reduce wheelspin.

And here’s another number for you gearheads: 100%. That’s the amount of torque that VW says can be sent to the rear wheels ” in extreme cases”.

All that power and grunt gets to the ground via one of two gearboxes. There’s a standard six-speed manual gearbox that can scoot the Golf R from zero to 100km/h (62 mph) in 5.7 seconds, and the DSG dual clutch transmission, does even better with a figure of 5.5 seconds. Top speed? VW has to limit it to 250km/h or 155 mph. 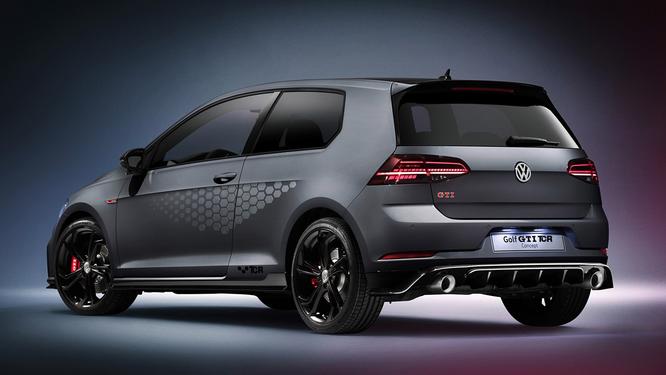 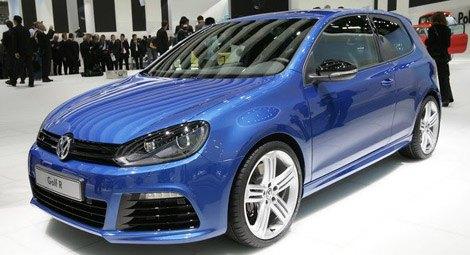 The brakes are new 345 mm diameter discs up front and the up-rated suspension has been lowered by 25 mm and gets revised rates on the springs and dampers rates as well as new anti-roll bars. VW also revised the Golf R’s Electronic Stabilization Program (ESP) with two “stages”. One for track use, and the electro-mechanical power steering system has also been tweaked to sharpen things up.

Interestingly, and I like stuff like this, the new Golf R isn’t all that flashy from the outside. Stealth can be a nice thing from time to time, don’t you agree officer?

Cosmetically, the Golf R gets a new bumper up front with larger air intakes and LED running lights, and a new black grille flanked by Xenon headlights. Out back, there’s a restyled bumper with a black diffuser that houses a pair of central exit exhausts and darkened tail lamps. Bitchin’, no? There’s also gloss black mirror housings and the new sill extensions. In the wheel wells there are 18-inch five-spoke wheels complete with 225/40 tires (19-inch wheels with 235/35 meats are optional).

On the inside, the Golf R sports a pair of front bucket seats finished in grey Alcantara contrasted against high-grip black mesh cloth. There’s also a set of aluminum ‘R’ kick plates and gloss black accents splattered all over the interior.

The new Golf R will arrive in Europe in December, and Volkswagen has not yet announced the North American market. But unless the public are very stupid (or want to annoy me), they should bring it here because the speedboat can carry them.