diesel hybrid electric General Motors
ZTSG 16/02/2022 New energy 209
Currently, there is only one automobile manufacturer in the world that has formulated a production plan for diesel hybrid vehicles: Peugeot. But in the near future, this situation may change with the...

Currently, there is only one automobile manufacturer in the world that has formulated a production plan for diesel hybrid vehicles: Peugeot. But in the near future, this situation may change with the news that General Motors is developing its own version of the ultra-efficient drivetrain.

Most of the engineering development work General Motors is carrying out on the new diesel-electric system is centered on the company’s new 1.6L diesel engine. At the moment, The General is working on multiple hybrid systems, rather than concentrating on just a single given layout. The automaker’s engineering staff is experimenting with everything from mild hybrid systems to diesel versions of the Voltec system that will be used in the Chevrolet Volt and Opel Ampera.

A diesel-electric hybrid system is the way to go according to Maurizio Cisternino, GM Europe’s advanced technology chief engineer, “If you want the best fuel consumption, you have 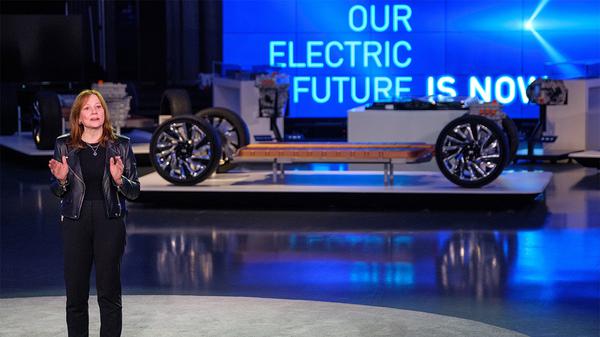 to go with the diesel-electric hybrid.” And I’m not going to argue with him, because the engineering facts are there.

Although a diesel-electric hybrid system is expensive, it is the powertrain that holds the most promise for both range and overall efficiency. Running on batteries/hybrid in the city is the most efficient use of that end of the drivetrain, and the diesel is best adapted to highway cruising.

General Motors hopes to have some form of a diesel hybrid auto in production within the next 5 years, but as with everything GM, that will depend on the cost of the technology. Since GM has been run from the accounting department for time immemorial, they are sweating the cost numbers as much as they are working through the engineering R & D. They are hoping to hold the added premium of going with a diesel hybrid drivetrain to around $1,400 over a gas-electric hybrid vehicle, but at the moment, those numbers are not there.

Currently, fuel/hybrid technology is being developed for General Motors’ Opel and Vauxhall brands, which are only sold in Europe. Of course, General Motors can bring this technology to the United States, but if they do, it will be a few years later than when the technology was launched in Europe.