Honda Amazon Tasty recipes amp
ZTSG 27/05/2022 Sedan 135
In my opinion, there are two kinds of Super Bowl ads. Some ads define your product and have a lasting impact (e.g. Apple’s Macintosh ad in 1984), and some very strange ads, you lose 87% of your audien...

In my opinion, there are two kinds of Super Bowl ads. Some ads define your product and have a lasting impact (e.g. Apple’s Macintosh ad in 1984), and some very strange ads, you lose 87% of your audience, and no one even knows what your product is (e.g. That puppy/monkey/baby nightmare.

Honda, for some reason, went with option #2.

Right off the bat, Honda says this in their press release: “Upgraded,” exclusive Tasty recipes served up by Amazon Prime Now, courtesy of the all-new Honda CR-V.”

That’s not a sentence, is it? No. That’s got to be some Dadaist poetry recently uncovered in Kurt Schwitters old papers, right? Seriously, you can rearrange the words and it still doesn’t make much sense. What, did the Honda ad agency guys smoke a huge amount of kif and say, “you know whose ads I like? The ones with Matthew McConaughey just kinda driving around and mumbling. Let’s do something like that. It’d be far out.”

This is a cross-marketing thing between Honda, Amazon, and BuzzFeed; a synergistic tie-in between all three companies where, if it all works out, everyone gets ad time, starts conversations, and makes more money.

Honda points out how the completely redesigned and reengineered 2017 Honda CR-V will make its television debut during this weekend’s big game. So, to help sear the car into the memories of potential buyers, Honda came up with “The Upgrade Presented by Honda.” It’s always in quotes like that, because it’s the title of this whole co-promotion thing between Honda, Amazon, and BuzzFeed. 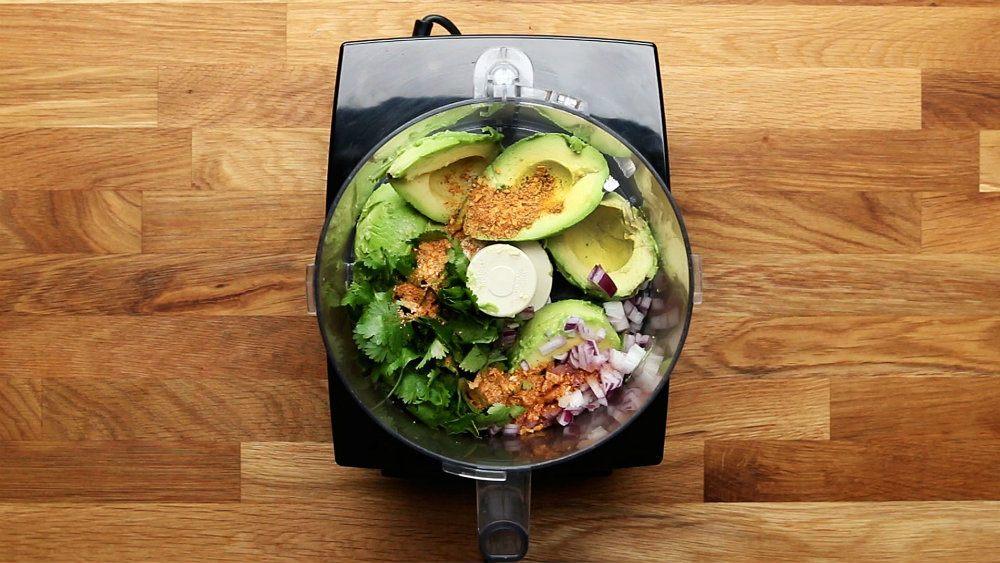 You know, like “Darby O’Gill and The Little People,” a Disney/David Lynch co-production.

Wait, it gets even more surreal. “The Upgrade Presented by Honda” aspires to make extraordinary memories even more unforgettable by “giving fans access to unique versions of their favorite football recipes, delivered to their doorstep, all compliments of the Honda CR-V.”

No. I’m not kidding.

“Super Bowl Sunday is one of the most celebrated events of the year, and Honda wants to make game day food part of the memorable experiences for family and friends,” said Susie Rossick, Assistant Vice President, Honda Auto Marketing.

BuzzFeed has a global food network called Tasty, so that’s their contribution to all this marketing speak/ad pitch. So, you, as either a football fan, a Honda CR-V fan, an Amazon fan, or a fan of food can watch the Tasty videos at an Amazon-based website. If you like what you’re seeing, you can click through to order the ingredients for the recipe from Amazon Prime Now and they will provide free, one-hour delivery of said ingredients, compliments the Honda CR-V.

“For the first time ever, thanks to Honda, the ingredients for the exclusive Tasty recipes can be delivered to consumers via Amazon Prime,” said Lee Brown, Chief Revenue Officer, BuzzFeed.

And you’d think that would be it. One bad trip, and then you’d never have to deal with it again. But no. Honda advises “The Upgrade” will return for Valentine’s Day with exclusive “romantic-inspired” Tasty recipes like No Bake Chocolate Raspberry Tarts and Creamy Slow Cooker Chicken. But I’ll deal with that when Marlow and I get back from our boat trip up the Congo River to have lunch with Mr. Kurtz.

Tony Borroz (Tony Borroz) has been racing antique cars and sports cars all his life. His meaning is good, even if he prefers lighter, more flexible cars over big-engine muscle cars or family cars.