Yates cars Brock Cannonball time
ZTSG 02/02/2022 Sedan 165
Brock Yates is a tall and important figure to American car writing and to American cars in general. For decades, he has been the spiritual core of "Cars and Drivers" magazine, and he is also the perso...

Brock Yates is a tall and important figure to American car writing and to American cars in general. For decades, he has been the spiritual core of "Cars and Drivers" magazine, and he is also the person who proposed and carried out the first "cannonball run".

Brock Yates was many things.

And I mean that in the nicest way I can. Honestly.

You might not always agree with him, but he did have a pretty good understanding of cars and racing 90% of the time, and he was pretty much an entertaining writer, 90% of the time.

One Of The Guys

In a lot of ways, he was America’s version of Jeremy Clarkson. Big, tall, brash, loud, opinionated, and often hilarious. As often as his opinions were right on the money, a lot of the time they were utter crap. If he wasn’t contrarian by nature, than he was that way by avocation; often writing articles that seemed to exist for no other reason than to stir the pot.

Who was they guy that said the real problem with Indy Car racing in the 80s was that mid-engined cars were antithetical to American values, and encouraged certain less manly, more technical drivers in the cockpit, and that Indy should mandate a return to 50s era roadsters? Yates.

Who was the knuckle-dragging reprobate that wrote a biography of Enzo Ferrari that read like a Murdoch tabloid fever dream? Yate 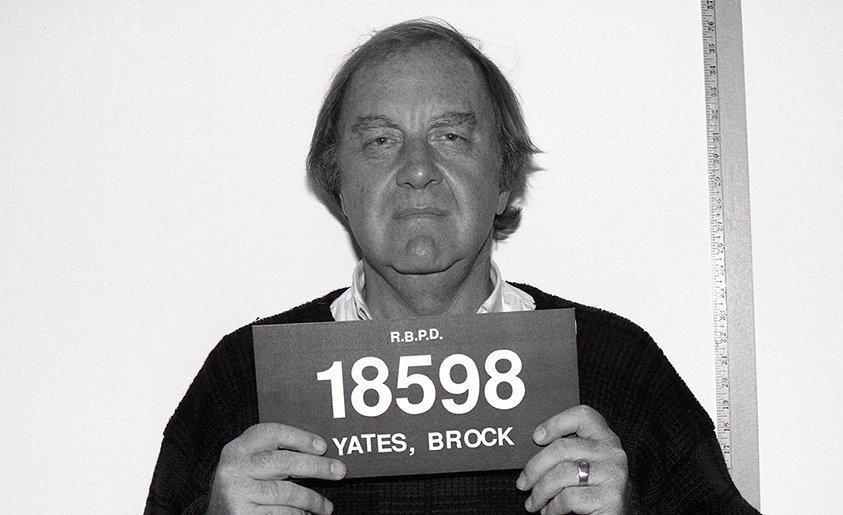 One Of The Guys

In a certain way, he’s one of God’s own prototypes, to quote The Good Doctor.

He conceived of, and put into place the Cannonball Run (officially titled The Cannonball Baker Sea-To-Shining-Sea Memorial Trophy Dash). A race that ran from New York City to Los Angeles, with no set route. Just ready-set-go!! And the first one to Los Angeles wins – oh, and don’t get caught by the cops, cause that’ll cost you time. Imagine not only proposing, but doing something like that in this day and age. They’d give you 10 years in the electric chair just on general principles alone.

If for that alone he deserves our remembrance.