Genesis dog luxury video rich
ZTSG 23/02/2022 Sedan 166
Therefore, the South Korean luxury car brand Genesis is launching a seemingly new video ad campaign, which is completely different from what BMW did in its "The Hire" series not long ago, except that...

Therefore, the South Korean luxury car brand Genesis is launching a seemingly new video ad campaign, which is completely different from what BMW did in its "The Hire" series not long ago, except that Clive Owen and Guy are subtracted. Ritchie and Madonna and so on.

This video ad, which I am assuming will be the first in a series, is simply titled “Dog.” In a lot of ways, it looks and feels at lot like the Madonna/BMW bit I mentioned above. Only in place of Clive Owen and Guy Ritchie and Madonna, you get some guy that looks like Clive Owen, sort of, not really, okay, he hasn’t shaved and some random blonde actress. The video was directed by Wayne McClammy, who has done award-winning work for Geico, Call of Duty, and EA Sports.

In the video piece, a nameless yet “somebody” entitled rich beautiful girl is off to hang with her (assuredly) entitled rich beautiful friends at an ill-defined, yet nominal “stupid party.” Of course she takes her de facto annoying little dog with her. Said dog is little more than a semi-animate mop with eyes and a burning desire to micturate upon the leather swaddled luxury confines of the big(ish) Genesis sedan, appointed to scoop up the dog and its mistress and carry them hither to the “stupid party.”

Standing stalwartly athwart the horrid little mutt’s uric requirements and the capacious and comfy rear seating area is our hero: The nameless chauffeur. He has enough attitude, side glances, and shade to get his butt fired within seconds of meeting the nameless yet “somebody” entitled rich beautiful girl, if she was not utterly oblivious and operating sans clue.

Each time this little “dog” looks to relieve itself, whether due to the call of nature or because of preternatural hatred towards the unnamed chauffeur, he, being everso protective of his beloved shiny Genesis, takes a corner or a turn with just enough extra Gs to knock the little quadruped off its feet, saving the day (or at least the interior). All seems right and good w 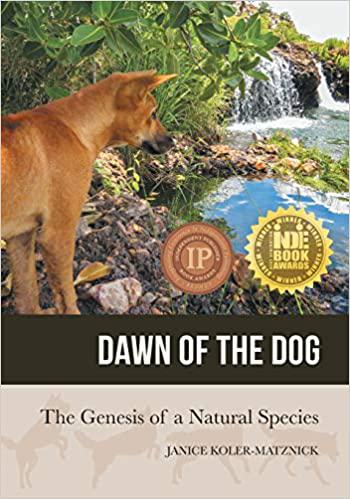 ith the world, or at least SoCal where this seems to take place (of course), as the unnamed chauffeur drops off his charges at a paparazzi strewn porte-cochere for a final bit of comic comeuppance that I’m sure will just slay’em in Cheboygan.

The whole production has that look of being polished to the Nth-degree as all commercials are. You know they sweated over which fugazi paparazzo would go where for hours, because that’s how commercial directors convince themselves that what they are doing is “art.” Is the Genesis a car worth taking seriously as a luxury brand? Who knows, who cares? You’re supposed to look at this commercial and laugh. Laugh at the dog. Laugh at the stupid rich people. Laugh at the cunning everyman who is the unnamed chauffeur, master of his own domain, which just happens to be a surprisingly luxurious, yet reasonably priced Genesis.

I didn’t laugh. At all. Partly because I swear every time the camera gets a close up of the dog’s eyes I could hear the lines of Friedrich Nietzsche recited, as if from afar: “And if you gaze long into an abyss, the abyss also gazes into you.”

But you know, for what you’re paying here, Genesis is a pretty good option. Think of it as an even more affordable Lexus or Acura or Infiniti; it’s more affordable than a BMW or Mercedes-Benz. It’s large enough to be comfortable, loaded with plenty of comfort and convenience goodies to make you feel like a sultan, and has a solid on road presence.

Genesis, despite being relatively new, is already winning awards. For example, the 2017 Genesis G90 won a Total Quality Award as the highest quality vehicle in the luxury car segment as surveyed by buyers in Strategic Vision’s annual Total Quality Impact (TQI) report. The findings are based the New Vehicle Experience Study results. In fact, the Genesis G90 received the third-highest TQI score in the entire industry.