If you haven’t taken a look at the Kia Sorento, it made strides forward and now competes with the best in the midsize crossover segment. Last year, it grew larger and the SX Limited model we tested competes on luxury, performance, and price.

Could it be even considered luxury status?

Over Labor Day weekend, we wanted to find out as we drove the top-of-the-lineup, 2017 Kia Sorento SX Limited AWD.

The 2017 Kia Sorento builds on last year’s full redesign, with additional smartphone integration. More advanced safety features are added to its resume too. 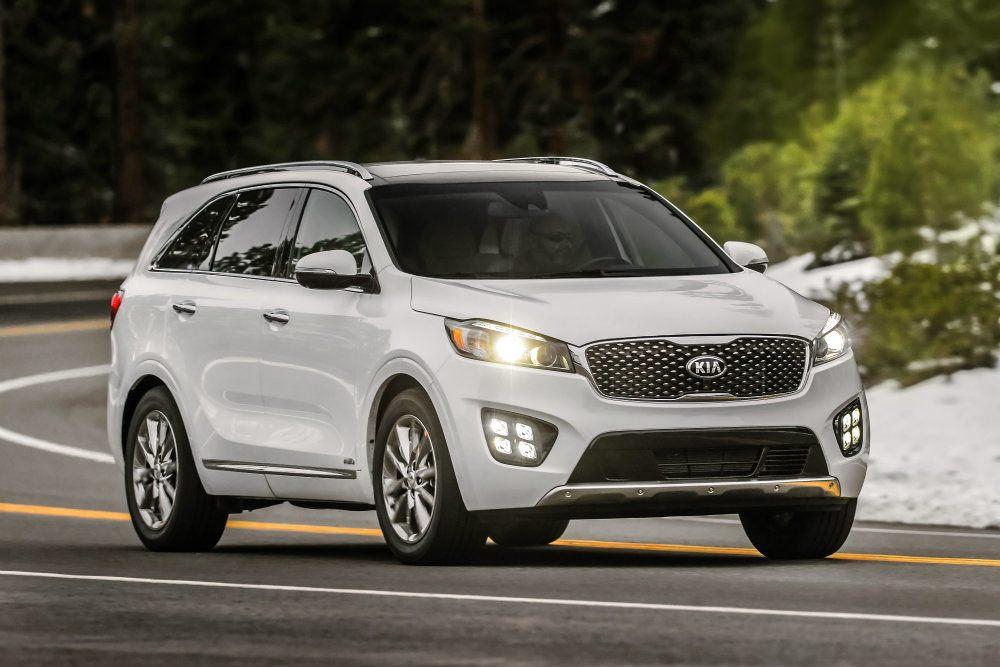 The SX Limited features the full contents of the SX’s Advanced Technology package plus chrome-clad 19-inch wheels, LED foglights, upgraded leather upholstery, a leather-and-wood-trimmed steering wheel, and heated second-row seats. It also comes with a third row for larger families and a suite of safety features.

The Kia brand has come a long way since the first Sephia was sold in the U.S. in 1994. The cabin of the Sorento SX Limited has reached near-luxury status with its Nappa heated and ventilated leather seats, soft-touch trim, and material quality. It’s a cut above the standard Sorento and comes close to the Jeep Grand Cherokee, BMW X5, and VW Touareg.

The front seats are some of the best in this segment, and Kia says they went all the way to Sweden to copy the Volvo seats. The second-row seats leave a little to be desired and we felt they were more like a bench. They seem low, short, and firm. On the

plus side, the seatbacks neatly flip forward for access to the third row. The third row offers a surprising amount of room for kids and smaller adults.

On this Sorento SX Limited tester, the third row power folds with a button located just inside the liftgate. Kia offers an available remote liftgate release that works with the key in your pocket or purse. Storage space behind the third row is limited, with enough room for a few grocery bags.

The SX Limited model is powered by a 3.3-liter V6 engine with Gasoline Direct Injection (GDI), rated at 290 horsepower. It comes coupled to a 6-speed automatic transmission, and the all-wheel drive with a locking differential splits the drive 50/50 front/rear.

The Sorento’s V6 power plant gets an EPA estimated 19 combined and 17/23 city/highway with AWD.

The Kia Sorento’s V6 engine is the way to go if you have cargo and people to haul. Acceleration is worth the cost, especially at the higher altitude where we are in Colorado. We pushed it up I-70 into the mountains and the 7-passenger vehicle performed well. We had no trouble cruising past the weekend warriors heading to the high country.

The ride at highway speeds is smooth and especially quiet compared to the previous generation. Kia says they doubled the amount of high-strength steel in the vehicle, and we could hear it in the solid closing of the doors.

The 6-speed automatic is fairly smooth under power and offers Sport, Comfort, and Eco modes. The Sorento is not meant to be a sports SUV, so it performs like most families would expect. We felt the visibility was limited by the third row, however. It’s a good thing it comes with the surround-view monitor, blind-spot detection, and rear-cross alert.

The 2017 Kia Sorento SX Limited AWD is a versatile, comfortable family crossover. It comes with a refined cabin that rivals more expensive vehicles. The price does go up with all-wheel-drive, 3-rows of seating, and the latest technology, but it’s still a competitive offering from Kia. Overall, it’s smooth, comfortable, and composed on the road.