Home > Suv > Aston Martin DBX Bowmore Edition: Limited DBX including a tour of the Scottish countryside and a tour of the Islay woolen mill

Aston Martin Bowmore DBX Edition
ZTSG 22/03/2022 Suv 120
The eye-catching Aston Martin DBX Bowmore Edition will be limited to 18 vehicles, and lucky buyers will enjoy a lifetime of travel.Like literally every other carmaker on the planet, Aston Martin wants...

The eye-catching Aston Martin DBX Bowmore Edition will be limited to 18 vehicles, and lucky buyers will enjoy a lifetime of travel.

Like literally every other carmaker on the planet, Aston Martin wants some of that sweet, sweet SUV cash. Who am I to argue? If there’s money to be made, you’d be pretty bad at business to pass that by. Aston Martin, being ever so British, is not content to leave well enough alone. Oh no, they partnered with Bowmore to make a limited version of their DBX SUV, the Aston Martin DBX Bowmore Edition.

The Experience of a Lifetime

This becomes a problem when you’re trying to make an SUV, which is already quite different from the sports cars Aston is known for. And if Rolls, with the Cullinan, and Bentley, with the Bentayga, are pretty much at the top of the classy, over-stuffed heap, then what should Aston Martin do?

Simple: Partner with someone who makes whiskey! Enter Bowmore, makers of Scotch (that’s whiskey, you plebes) for a longer time than America has been a country. I checked, and, like an Aston, their hooch ain’t cheap at 50 to 100 dollars per bottle, but it’s not the most expensive out there. Sort of like Aston Martins: Expensive, but not nearly as much as a Rolls. Either way, the Aston Martin DBX Bowmore Edition brings lots of flash to the party. 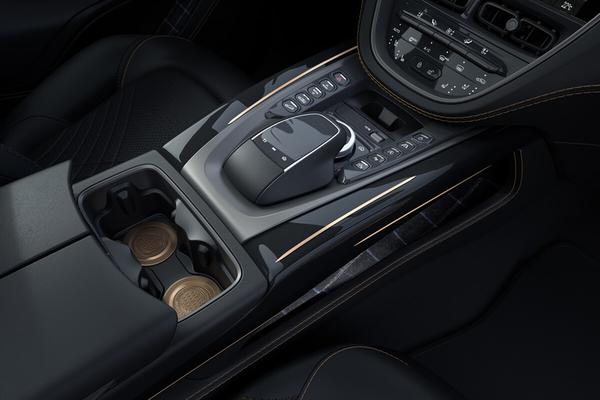 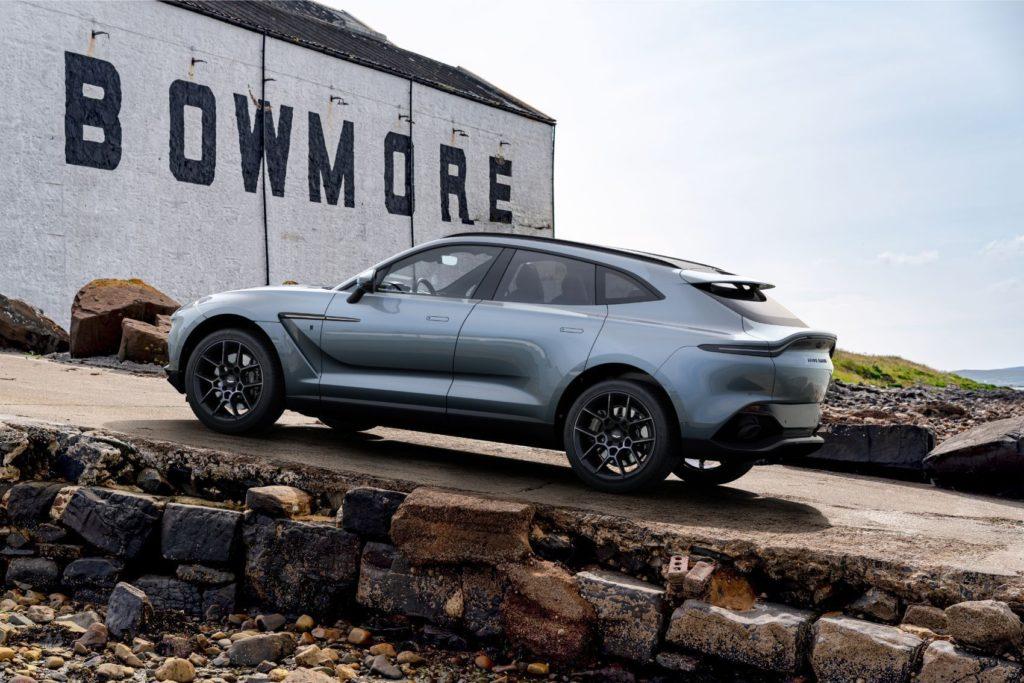 First, you’ll notice the striking Bowmore Blue paint. Sure, you could opt for any other off-the-rack paint color, but why? This DBX also features Bowmore-branded copper inlays using copper from the original whisky still to accent the side strakes of the DBX. There are also optional black brake calipers to go along with the script and wing Aston Martin badges and “Q by Aston Martin” fender badges.

The interior options center around two choices: either the Obsidian Monotone or Copper Tan Metallic/Obsidian Duotone. Both choices are accented throughout by flashes of Bowmore Tweed. Bowmore Tweed is a special thing as it reflects the company’s Islay (an island in the Hebrides) ancestry. Created by the world-renowned Islay Woollen Mill first established in 1883 (no, it’s really that old), Aston Martin says the subtle and sophisticated design incorporates copper and blue inspired by the island’s terroir and lochs, making it inherently unique to Bowmore and its island home.

The only way this could get more Scottish is if Ewan McGregor was included for the price.

The Experience of a Lifetime

Aston Martin will make only 18 Bowmore DBXs, which is very few indeed. But if you’re one of the lucky 18, you’ll also be invited to an exclusive Aston Martin Art of Living experience in Scotland (home of Scotch whiskey!). You’ll travel to Edinburgh, where you’ll pick up your special edition Bowmore DBX. From there, you will embark on a 170-mile road trip through the Scottish countryside before driving onto the ferry bound for Islay.

As you take in the views at Loch Lomond and the Trossachs National Park, you can enjoy the 4.0-liter twin-turbo V8 under the hood of the Bowmore DBX as well.

Yes, you get to tour the Islay Woollen Mill and eat like a king with fine-dining throughout your three-night stay. And, finally, you’ll be treated to a private tour of the Bowmore Distillery. During this extraordinary tour, you’ll have the opportunity to hand-fill your own bottle of a 39-year-old, specially selected Bowmore straight from the cask. You will also see the No 1 Vaults that have played host to many VIPs over the years, including members of the Royal Family.