Ford Ferrari John Versus Starkey
ZTSG 20/12/2021 Suv 223
Unstoppable force against immovable objects. The only place where the winner can be decided is on the circuits around the world, especially in Le Mans 66.Our Book Garage series showcases what every en...

Unstoppable force against immovable objects. The only place where the winner can be decided is on the circuits around the world, especially in Le Mans 66.

Although this book – yet another winner from Veloce Publishing – has the same title as the movie, it stands as its own separate work. Written by John Starkey and profusely illustrated, Ford Versus Ferrari stands as a worthy piece of documentation that tells the story of one of the greatest rivalries in sports.

Just in case you don’t know, the premise is this: Henry Ford II got his undies in a bunch over a Ferrari deal gone sour, so he decided to “beat them at their own game” and win Le Mans. Which he did (Spoiler!). But that is like saying “The Apollo program is how humans first landed on the moon, and it was sorta touch and go.”

Yeah, that’s true, but it glosses over a lot and misses the finer points.

Missing the finer points is not something Mr. Starkey does here. He starts, thankfully, at the very beginning. Not with Ford going racing, but upstart racers Lola deciding to make a big bore sports car. Ford Versus Ferrari shows how the success of Ford at Le Mans didn’t happen overnight and took years to accomplish.

Ford Versus Ferrari by John Starkey

Starkey’s book clips right along, with enough pictures, pull quotes, factory drawings and such to keep things interesting. In that way, Ford Versus Ferrari is pretty much a written historical documentary. It’s similar to The 24 Hour War which I reviewed a while back. It tells the story without fluff or filler or making anything up, and I appreciate that.

The story of Le Mans is one that needs no embellishment. It’s like The Indy 500 or the Monaco Grand Prix. And when the pressure really hits – like it did when “Hank the Deuce” and the boys arrived – then things get cranked up to “epic.”

John Starkey doesn’t miss a beat here. He shows with amazing ease, just how many people were working on Ford’s project, and just how deep that bench was. When you look back at it from the distance of half a century, it’s easy to lose perspective. Ford Versus Ferrari doesn’t do that, instead keeping a razor-sharp focus. The photos, most of them far from staged, just seemingly candid snapshots, show how Ford’s effort was an all hands on deck affair. 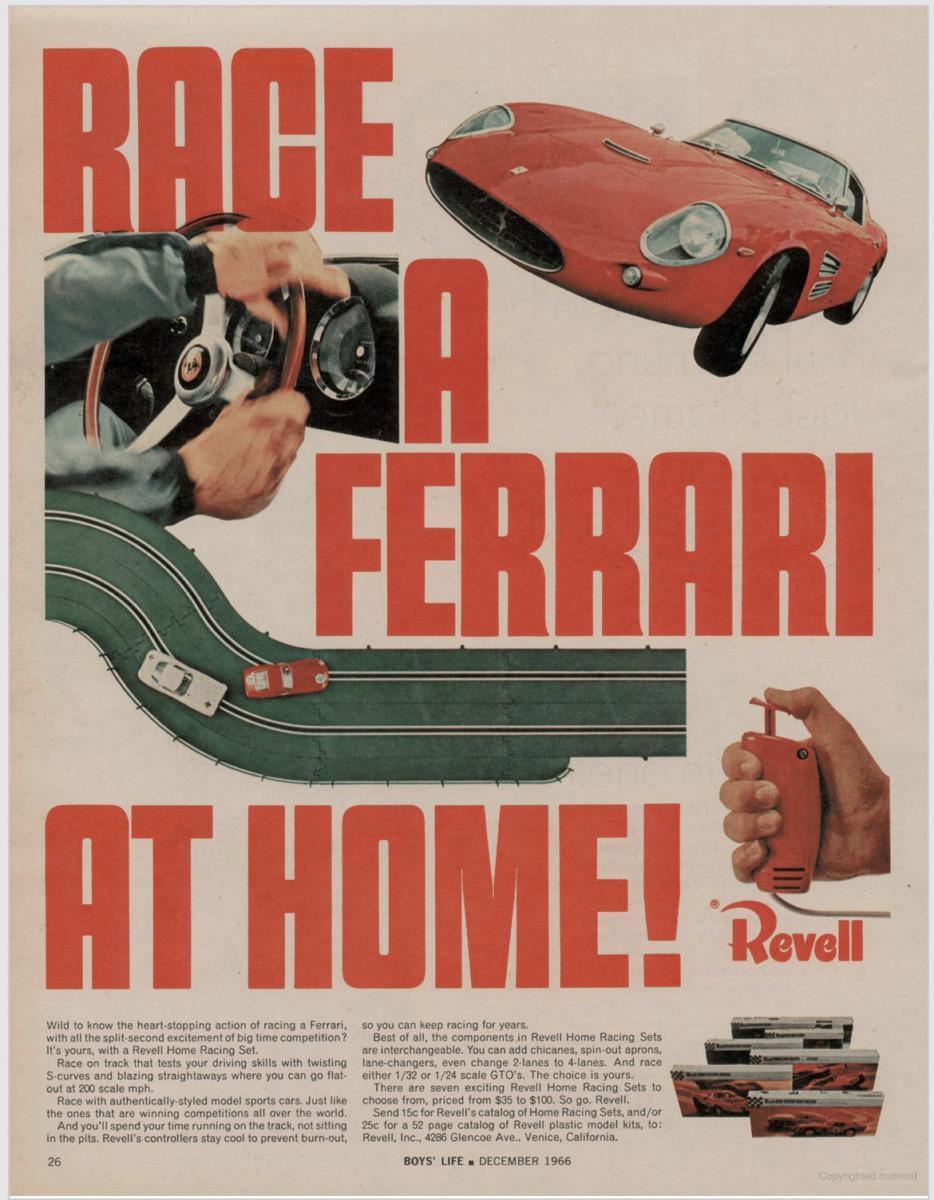 There are fantastic photos of racing luminaries like Phil Hill and Dan Gurney and John Surtees fussing over stuff in the pits. There’s A.J. Foyt looking like the coolest guy around in sunglasses (if it wasn’t for Gurney standing next to him like a block of ice). There’s John “Death Ray” Wyer gazing at the camera and letting you know where he got that nickname.

When you stand back, you realize just what an unprecedented effort Ford put into winning. If they were to do it again today, they would end up hiring three or four of the best team principles in the world, the top six F1 drivers, the top 12 Indycar guys, and four or five NASCAR drivers just to be sure. Oh, and then throw semis full of cash at any problem until it went away.

That’s the odd thing about Starkey’s Ford Versus Ferrari. By the time you’re a few pages in, all of this seems normal, predictable, and logical. The story is sort of clicking along, and someone new gets brought in, or another development route is added to a test program. And then you realize, “Wait, that’s Mario Andretti!” or “That must have cost a ton of money to figure that out.”

The book also, thankfully, puts to rest a bunch of notions that are out there floating around. Sure, Ken Miles helped, and helped a lot, but so did a lot of other people. And sure, Shelby and Ford won, but they did so the good old American way: by stuffing in a bigger engine rather than working out the bugs. Then John Wyer took the cars Ford and Shelby (and Miles if you believe the movies) said couldn’t win, and went out and won.

Twice. Back to back. With the exact same car both years.

It’s easy to accept legends as facts and overlook the hard reality of what Ford did, and where it places in the grand sweep of sports car racing at Le Mans:

Who is next? Your guess is as good as mine.

They’re radically overhauling the rules as you read this, so who knows who is going to take the checkers when they drop the tri-color in June. I can’t say, but I can say this. Some time after the racing dominance of some unknown team, gearheads will pick up a book very much like Ford Versus Ferrari: The Battle For Supremacy at Le Mans 1966 and say, “Ah, so that’s how it all shook out.”

It’s that kind of book, and that’s why you should read it.

Ford Versus Ferrari by John Starkey

John Stuckey began his life in Birmingham, England. After school, with the dream of becoming a "rock star", he played guitar in several bands, opened for the Beatles in 1963, and then became the manager of Jasper Carrot. His father's love for express trains passed on to him. Starting with the Jaguar XK120 purchased for £120 in 1966, he began to discover this exciting world. After the Ferrari 250 GT Berlinetta in 1958, life was never exactly the same again. When he drove a Porsche RSR for the first time, the racing problem was a bit difficult. In 1997, John moved to the United States, where he naturally began to write articles about racing cars and automobiles. After reading 20 books, John thinks he has nothing to write about now, even though he recently started writing a novel about the world of used car trading.