On June 8, 2020, the Ford Escape plug-in hybrid vehicle made its debut. Ford’s latest Escape offers an EPA-estimated 100 MPGe (combined) all-electric fuel economy rating and an EPA-estimated 37-mile all-electric driving range. The company expects that this level of efficiency will be actively welcomed by consumers, as fuel prices are expected to return to the pre-COVID-19 lock-in point in the next few months.

Though the Escape Plug-In Hybrid sounds quite practical, many consumers will likely require more details before pondering such a purchase. Here is what we know.

What Else Does The Ford Escape Plug-In Hybrid Offer?

The Hybrid Frontier? Should You Enter?

What Else Does The Ford Escape Plug-In Hybrid Offer?

The Escape Plug-in Hybrid offers a more spacious interior. Both cabin and cargo space has been increased, even beyond that of the Fusion Energi that came before. The Escape Plug-In Hybrid also comes standard with a host of driver assistance features that many consumers should find helpful. All vehicles come equipped with Ford Co-Pilot360, a comprehensive package of advanced safety features like adaptive cruise control and lane-keeping assist.

“The original Ford Escape was the world’s first hybrid SUV and the all-new Ford Escape Plug-in Hybrid represents how far we’ve come in technology and efficiency,” said Hau Thai-Tang, Ford chief product development and purchasing officer. “The all-new Escape plug-in has more power and more passenger space than the Fusion Energi plug-in, as well as up to four times the cargo volume behind its second-row seats.” 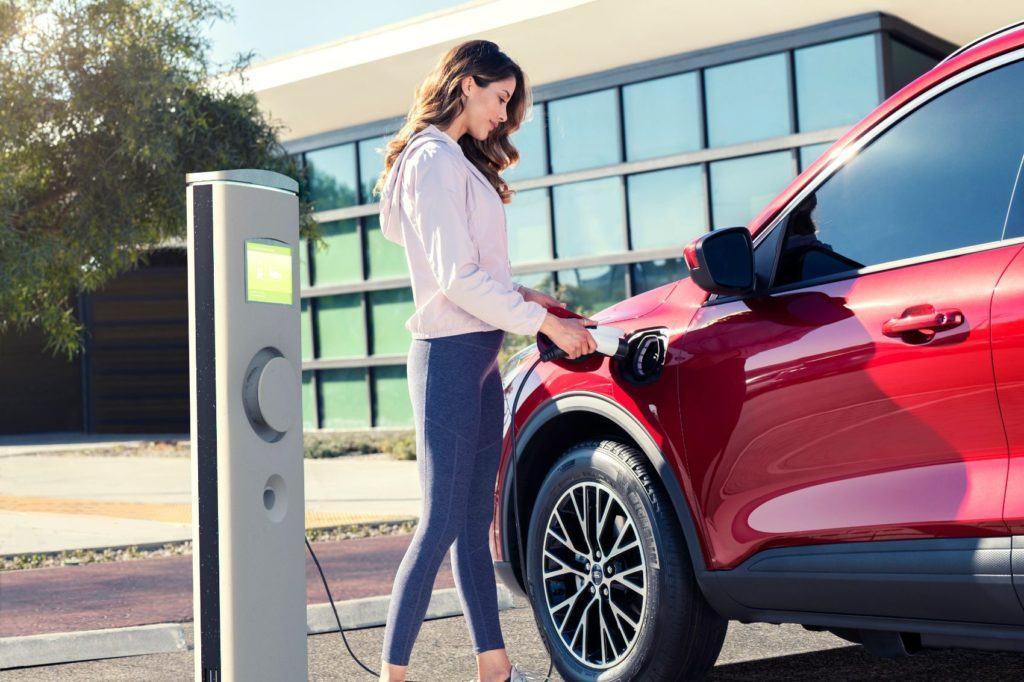 The level of efficiency offered by the Ford Escape Plug-In Hybrid did not come without significant testing and development. Many of the design features and technical points were developed across the prior three generations of Ford’s hybrid-electric program. This new Escape is equipped with Ford’s fourth-generation hybrid propulsion system, including a 2.5-liter Atkinson cycle hybrid engine, and electronic continuously variable transmission.

Through Ford’s continual refinement, an ever-increasing emphasis is on optimizing the vehicle’s layout and minimizing cabin intrusion. For example, the liquid-cooled, 14.4-kilowatt-hour lithium-ion battery is below the second row, as opposed to residing in the cargo bay where available stowing capacity can be adversely affected.

In Auto EV mode, the vehicle determines whether to operate on electric or gas power. Alternatively, with the EV Now mode, the Escape can run solely on electric power. When using EV Later mode, the electrical charge is conserved for later use as the vehicle operates on gasoline power.

The Hybrid Frontier? Should You Enter?

As an ever-increasing number of automotive manufacturers jockey for their share of the hybrid-electric market, continual technological advancements are pioneered. As hybrid-electric vehicles become more advanced, consumers have been provided with a driving experience that expertly blends economy and convenience.

Ford’s new Escape Plug-In Hybrid embodies this ideology by offering higher levels of efficiency and allowing consumers to change their driving experience through the modes mentioned above. When combined with the Escape Plug-In Hybrid’s roomy interior and sub-$35,000 price point, there is cause for excitement.

“The economic and environmental impacts of this virus have created a roller coaster for consumers looking to balance value, need, and efficiency going forward,” Thai-Tang said. “Ford Escape Plug-In Hybrid is that ideal balance our customers want.”

However, the question remains. Will the Escape Plug-In Hybrid gain enough market traction to compete with other powerhouses, such as the Toyota RAV4 Hybrid or the Honda CR-V Hybrid. While only time will tell, there is likely reason to believe so.