You will learn new things every day. For example, the fastest speed of an indoor vehicle has been awarded the Guinness World Record title—until recently, it has maintained a speed of 86 mph for the past seven years. The new record (officially called the Indoor Land Speed Record) is now held by Porsche Taycan and professional driver Leh Keen. According to the rules established by the Guinness World Records, Keen must start his attempt within the space of a given building and complete it in a static state.

The Big Easy (Or Maybe Not)

The Big Easy (Or Maybe Not) 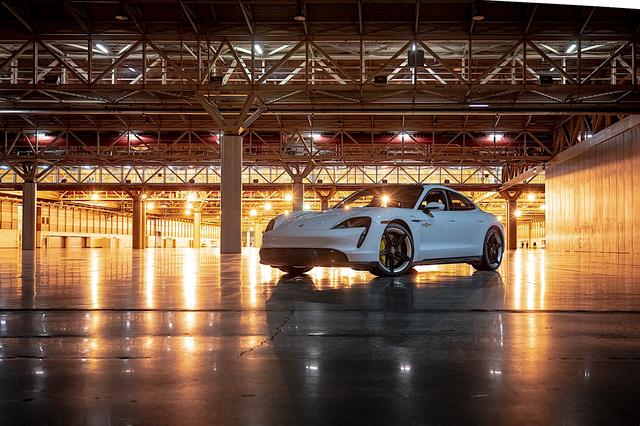 The record-breaking attempt took place inside the Ernest N. Morial Convention Center in New Orleans, Louisiana. At just over one million square feet, the convention center boasts the largest contiguous exhibit hall in the United States, ideal for a speed run like this. However, the polished concrete surface of the convention center is like driving on ice. In order to prepare, Keen took time to make a few low-speed exploratory runs.

“I didn’t really appreciate the scale of the record attempt until my first exploratory run,” Keen explained. “The surface is so unpredictable, so slick, that you have to have complete trust in your car. It truly was like ice – and you’re accelerating flat out, facing a really hard wall at the end. Suddenly, even in a massive space like the one we had, it seems very small.”

The Guinness World Records title for the fastest speed achieved by a vehicle indoors was confirmed by independent adjudicators as 102.6 mph – set by Leh Keen at the New Orleans Convention Center in a Porsche Taycan Turbo S. Photo: Porsche Cars North America, Inc.

There could be no safety net, no doors open inside the convention center, and therefore no escape route, also per the rules established by Guinness World Records. “I could feel the Taycan’s systems figuring it out, working so hard to keep me heading straight – it was such an impressive feat,” Keen recalled. “To accelerate so hard on such an erratic surface was incredible. Not for a moment did I doubt I could do it.”

And indeed Keen did it. Independent adjudicators confirmed his run as 102.6 mph. Check out the video of the record-breaking run below.

"I thank Porsche for trusting my ability and for their preparation and encouragement," Keane said. "The speed inside the building is 102 miles per hour. What am I thinking about?"