Petty Tom Heartbreakers album American
ZTSG 18/12/2021 Truck 251
Tom Petty has captured the imagination and heart of a generation with his affectionate lyrics, catchy improvisation and true personality. Even if their songs are new, Tom Petty and the Heartbreaker al...

Tom Petty has captured the imagination and heart of a generation with his affectionate lyrics, catchy improvisation and true personality. Even if their songs are new, Tom Petty and the Heartbreaker always have that classic and timeless feeling. As we all know, Petty was a born entertainer and performer when he was young. His early inspiration came from Elvis and the Beatles. From his first band Epics and Mudcrutch, to Heartbreakers and various solos, Tom Petty has created sounds that have lasted for nearly 50 years.

This list is by no means exhaustive, considering the extensive catalog Petty has. It’s also not in any particular order in terms of a top-five list. The songs here are just our favorite Tom Petty ones when we hit the road, be it for business or pleasure.

What is Your Favorite Tom Petty Song?

American Girl actually gained more traction in the United Kingdom in 1977 when it was released. Tom Petty and the Heartbreakers embarked on a European tour behind their self-titled album but returned to Los Angeles to find the record wasn’t selling at home. At least initially, there was some misunderstanding in the American music business about who (or what) Tom Petty was.

On the cover of the 1976 album, Petty stands in a black jacket with a row of bullets visible on his left-hand side. American record executives thought the Heartbreakers might be a punk band and nearly dismissed the album outright after seeing the cover. Jon “Sizzling Memphis” Scott, head of national album promotion for ABC Records at the time, petitioned radio stations to spin the Heartbreakers while also urging the label not to drop the group. Scott, who authored the book Tom Petty and Me, said upon hearing Breakdown and American Girl, he got chills and knew it was a hit record.

American Girl was the last song Tom Petty and the Heartbreakers ever performed live. The band closed the final concert of their 40th Anniversary Tour at the Hollywood Bowl in Los Angeles in late September 2017 with the iconic song. Just one week later, on October 2nd, 2017, Tom Petty died of complications from cardiac arrest.

Whoever the girl in Lonesome Sundown was, she seemed to mean the world to Petty. “The words changed several times in that song,” Petty told Rolling Stone. “I worked on that one a lot more than the others.”

The song later appeared in the 2018 box set titled An American Treasure. 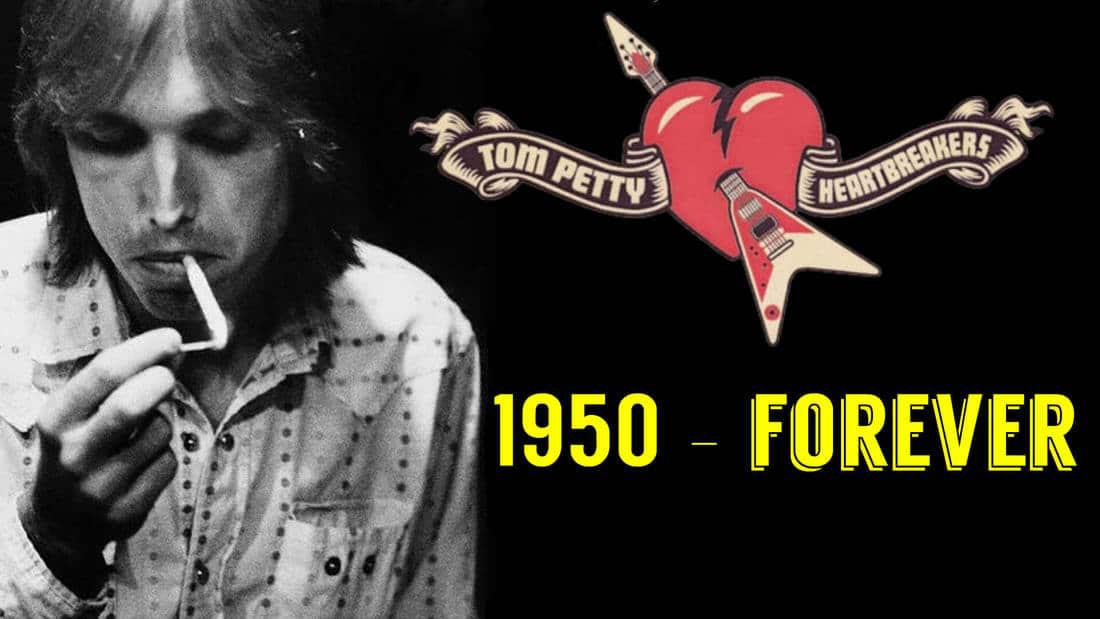 in the passenger seat, you can bust out your air guitar for the solo at the end.

Mike Campbell and Jeff Lynne wrote it with Petty for his first solo album, Full Moon Fever, in 1989. The rest, as the old saying goes, is history. Even if you don’t include this one on your travel playlist, sooner or later, Runnin’ Down a Dream will fill your car as you scan the airwaves for a classic rock station. And at that point, you will have no choice but to sing along and shred your air guitar.

One of the best examples of Tom Petty and the Heartbreakers’ timeless sound, The Waiting was the lead single from the band’s 1981 album Hard Promises. While recording the album in late 1980, there was a chance that Petty was going to meet John Lennon as Ringo Starr was working on his own record in the same studio. In the book, Conversations with Tom Petty by Paul Zollo, Petty recalls that Lennon was supposed to sing on Starr’s album – or at least, that was the “talk right around then.”

The meeting would never take place as Lennon was gunned down that December. To convey their sadness and pay tribute to Lennon, the Heartbreakers etched the phrase “We Love You J.L.” in the run-out groove of Hard Promises.

As for The Waiting, you may recall its various uses in popular culture, from The Office to The Simpsons. While The Waiting would later be covered by artists like Linda Ronstadt, Natalie Imbruglia, and Jon Pardi, The Bob & Tom Show had their own parody version called Ned Beatty Had the Hardest Part.

The opening track from Traveling Wilburys Vol. 1 contains the line “sent to meetings hypnotized,” which suddenly takes on new meaning in an era where Zoom calls are the norm.

Under the guise of being traveling musicians and half-brothers (fathered by elder Charles Truscott Wilbury), the band consisted of some of rock’s greatest luminaries. Petty was joined by Jeff Lynne, Bob Dylan, Roy Orbison, and George Harrison (who originally conceptualized the group with Lynne). Writing for AllMusic, Stephen Thomas Erlewine notes that there was never a supergroup more super than the Traveling Wilburys.

Although the Traveling Wilburys were quite different from mainstream music in the late 80s, the project arguably relaunched the careers of both Dylan and Orbison. Intertwined with the Traveling Wilburys’ inherent coolness is the void caused by Orbison’s death less than two months after Handle With Care was released in 1988. “He was such a brilliant singer and a lovely guy,” Lynne recalled in an interview with Billboard. “I had all the time in the world for Roy.”

What is Your Favorite Tom Petty Song?

The songs here are great for a weekend getaway or road trip. But we only just scratched the surface of Tom Petty’s incredible catalog. What is your favorite song by him? Share it with us on Twitter.

*Automoblog and its partners may be compensated when you visit the links in this article.