Jeep America
ZTSG 31/01/2022 Truck 236
Release dateJuly 15, 2014AuthorPatrick R. FosterPublisherMotorbooksWhere to ReadAmazonA good friend of mine from church always razzes me about Jeep. In my work, I am privileged to represent many diffe...

A good friend of mine from church always razzes me about Jeep. In my work, I am privileged to represent many different automakers. I have yet, however, to represent Jeep in any capacity – the opportunity hasn’t fully presented itself.

My friend, a longtime Jeep fan, is retired from Chrysler. He often inquires about when I am going to come to my senses and finally work for the iconic American brand.

Very few vehicles hold such wide appeal and recognition as Jeep. Almost everyone knows the Jeep Wrangler by the location of its infamous spare tire. There are the olive colored military transporters, rugged and heroic; contrasted with the more elegant Grand Cherokee, Jeep’s luxury flagship. Then comes the catchphrase, seen on bumper stickers and apparel alike: “it’s a Jeep thing, you wouldn’t understand.” 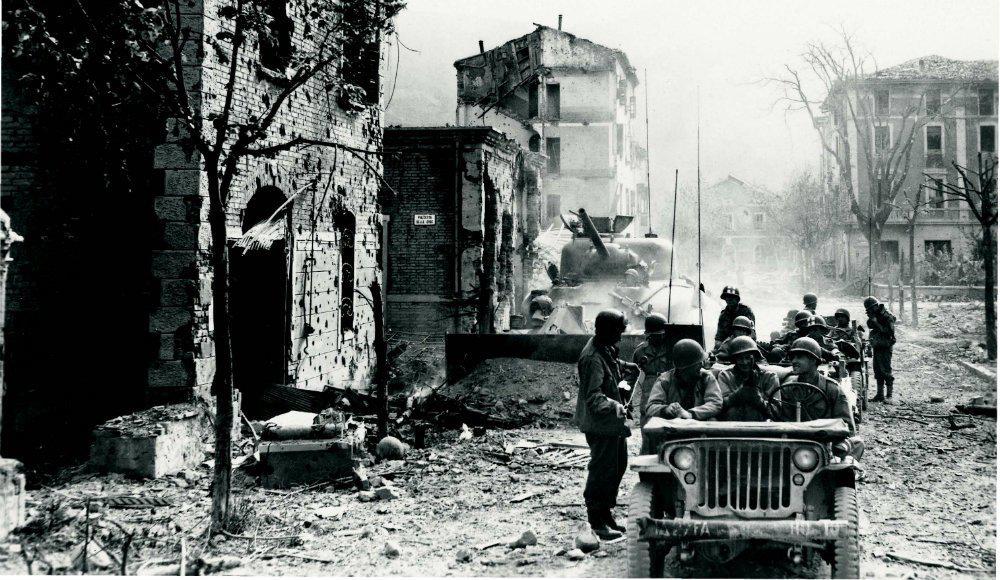 Or, my personal favorite: “if you can read this, flip me back over.”

Jeep: The History of America’s Greatest Vehicle highlights over 70 years of Jeep history, starting with the brand’s contribution to the Allied Powers in World War II. The book expounds on Jeep’s more difficult years, its storied survival, and rightful place in American history. With over three hundred rare photos, Jeep: The History of America’s Greatest Vehicle is a book every Jeep lover should own.

Patrick R. Foster is a widely known and respected automotive writer and historian. He is an authority on AMC and its various sub-brands. Foster has written a number of books on AMC, as well as Jeep and Studebaker. In 2011, he was honored with the Lee Iacocca Award, one of the most distinguished honors in automotive writing. Foster also penned Airstream: America’s World Traveler, one of our absolute favorites in this Book Garage series.

Jeep: The History of America’s Greatest Vehicle is available through Amazon or Motorbooks.

Bottom: This is the 1974 Jeep pickup, wearing handsome two-tone paint

One the most exciting Jeeps of the 1970s was the limited-production Hurst Jeepster, of which it’s believed only 100 were built. Shown is an all-original vehicle purchased new in California and still in the same family.

As wife of a prominent Kaiser Jeep executive, Virginia Moss had her pick of the company’s offerings, and one that she enjoyed a great deal was this Jeep Surrey. Note the Jeep still wears Willys wheel discs, dating the vehicle to a circa 1962 model.

The newest member of the Jeep family of hard-working vehicles was this small DJ-3A, which was a two-wheel-drive version of the earlier CJ-3A. This smart little car was available as an open roadster, convertible, or with a steel hardtop with fiberglass roof panel. These became popular as delivery vehicles for pharmacies and flower shops.

Army test procedures of the day called for rugged driving and basically punishing the vehicle until something broke or until the driver was worn out. Here we see an MD/M38-A1 with all four wheels off the ground.

The 1946 Willys was America’s first all-steel family station wagon. Painted a deep maroon with wood-look contrasting paint, it mimicked the appearance of expensive wood-bodied station wagons that were the norm back then. It was handsome and practical and could hold up to seven passengers plus cargo.

It took great courage to overcome one’s fears and drive off a landing craft under fire, but many a young man had to do it. Notice the snorkels mounted on the Jeeps; these are for fording deep water.

Jeep MB is the original omnipotent and omnipotent vehicle. It is the main force of the army and the soldier's friend.