Drive a Bugatti Bolide on a virtual drive of your smartphone

Bugatti CSR Racing Bolide race
ZTSG 06/02/2022 Truck 153
Bugatti Bolide's concept has many things; it is technologically advanced, fast, and capable of achieving amazing performance numbers. I don't think anyone would accuse it of being "aesthetically attra...

Bugatti Bolide's concept has many things; it is technologically advanced, fast, and capable of achieving amazing performance numbers. I don't think anyone would accuse it of being "aesthetically attractive" or "good-looking" (which may explain the sound Le Patron made in Molsheim's grave), but this is a little off topic.

The point here is that none of us are going to drive the thing. We’re not rich (enough) and not connected (enough) to buy one of the three or 13 or 23 they’re going to end up making (that is if Bugatti actually makes the thing). But wait! There’s still a chance for us to “drive” the Bolide, thanks to Zynga, makers of CSR Racing 2. Bugatti has partnered with Zynga’s new mobile game to virtually deliver the race-ready performance of the Bugatti Bolide.

What Is CSR Racing?

What Is CSR Racing?

In the mobile racing game CSR Racing 2, you can compete against other players in drag races with different vehicles in various categories. Win your race, and you score points to upgrade your vehicle or purchase a more powerful model. Gamers worldwide race against each other in real-time on different tracks as part of regular game events like the Golden Cup or the Evolution Cup.

The Bugatti Bolide on the virtual race tracks of CSR Racing 2. 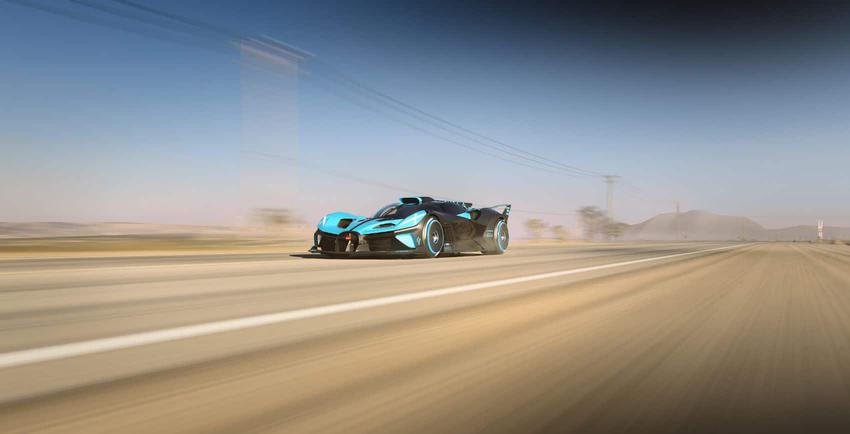 Just like in real-world racing, a high-performance vehicle is indispensable, which brings us to the inclusion of the Bugatti Bolide. Even by Bugatti standards, the numbers are staggering: an 8.0-liter W16 engine delivering 1,825 horsepower and a simulated top speed exceeding 310 mph. Based on simulations, the Bugatti Bolide completes a lap of Le Mans in 3:07.1 minutes and the Nordschleife in 5:23.1.

Zynga and Bugatti have worked together in the past, with gamers being able to race vehicles such as the Chiron Pur Sport, the Chiron Super Sport 300+, La Voiture Noire, and the Centodieci.

“We are thrilled to have our fans experience the raw track-ready power of the Bugatti Bolide virtually through CSR Racing 2,” said Stephan Winkelmann, President of Bugatti. “Interactive entertainment allows racers across all generations to get behind the wheel of our latest hyper sports cars and feel their performance.”

CSR Racing 2 is available to download for free on the App Store as well as the Google Play Store.