Home > Truck > Second-hand car prices are rising, but bargaining is possible: this is what the data says

Second-hand car prices are rising, but bargaining is possible: this is what the data says

Convertibles saw the greatest increase of any segment with a 27.2 percent overall jump.

Despite the trend of used vehicle prices going up, some have actually decreased in price.

You can still score a great deal on a used car, but you’ll likely pay more than you would have a year ago as used vehicle prices are up. As we mentioned in an earlier article, dealers have 25 percent less inventory now due to pandemic-related factory closures. That drives prices of in-demand cars, both new and used, up. The average price increase for used cars is $2,193 compared to last year, according to an analysis of more than 1.2 million used car sales in October 2020 by iSeeCars.com.

But that doesn’t necessarily mean you should shelve your plans to buy a used car. Interest rates are lower than normal now, so that may offset the cost of a higher priced used car. And if you own a car that has increased in price, you could receive a higher-trade in allowance. That may offset the cost of another used car, especially if you buy one that had a price drop.

“The overall used car price increase of 9.5 percent is extremely interesting, as it averages to almost a $2,200 increase on the price of the average used car,” iSeecars.com Executive Analyst Karl Brauer told Automoblog. “Perhaps what is most surprising is the fact that the body styles that had the greatest increases are coupes and convertibles.”

Used Vehicles That Increased In Price

Used Vehicles That Dropped In Price

Coupes have an average increase of 15.9 percent.

The average convertible has a 27.2 percent increase.

Trucks were the only other model to have an increase above the overall average at 14 percent.

Prices for the Chevrolet Volt plug-in, which was discontinued in 2019, had the greatest decrease at 8.4 percent.

The BMW 5 Series had the largest increase of 25.4 percent.

Minivans had the smallest price increase of just two percent.

Used Vehicles That Increased In Price

Everyone seems to want a pickup. Trucks are the only ones that experienced a year-over-year sales growth in May, the height of the first wave of the pandemic. “It’s no surprise that used pickup truck prices have risen to meet demand, especially given the production shortages of new trucks,” Brauer explained. “We attributed the price increase for trucks to be partly because people need pickups for work, partly due to the surge of home renovations during the pandemic.” 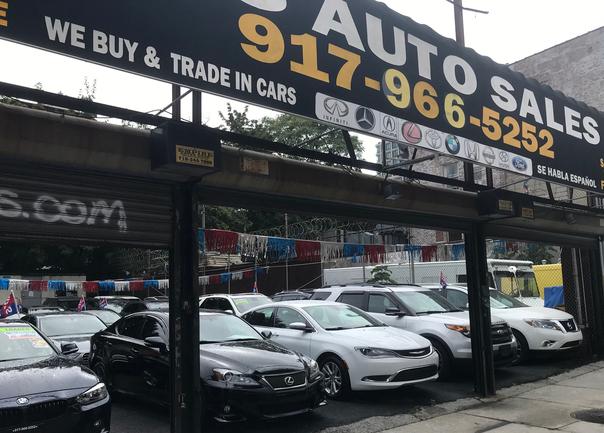 The increased popularity in camping is likely another reason pickups are hot. More people want to tow trailers for their vacations.

According to the iSeeCars study, used trucks with the highest price increases right now include the Ram 1500, GMC Sierra and Chevy Silverado 1500, and the Toyota Tundra. The average used Ram 1500 jumped $5,900 in price in 2020 compared to 2019, according to the study from iSeeCars. The GMC Sierra 1500 rose nearly 20 percent, accounting for an average price increase of $6,380 for pre-owned models.

Sports cars and the BMW 5 Series sedan, in particular, also have increased in value. According to Brauer, people are buying sports cars because they want them rather than need them, so they aren’t going to be as price-conscious. Furthermore, the pandemic elevated their demand since there aren’t as many in the used car marketplace as before.

“It’s interesting to see that people are paying top dollar for impractical cars like sports cars as well as expensive luxury cars,” Brauer said. “It suggests that buyers in these price points aren’t as impacted financially from the pandemic.”

Along with the BMW 5 Series, pre-owned Ford Mustangs, Dodge Chargers and Challengers, and Chevy Camaros recorded significant price increases in 2020. According to the iSeeCars study, a used Ford Mustang convertible in 2020 is nearly $4,000 more, on average, than it would have been in 2019.

“These are all popular American cars with similar average used car pricing ranging from $25,000 to $32,000,” Brauer explained. “These are dream cars for many, and consumers may be willing to pay more for them because the prices are still on the lower end of the performance car segment and because they can’t shop around due to a lower than usual supply.”

Used Vehicles That Dropped In Price

The vehicles with the biggest price drops are mainly ones that aren’t in high demand. This includes two discontinued models – the Chevrolet Volt and the Dodge Dart – plus a Toyota model we didn’t immediately expect. Although only a small drop in price, the average pre-owned Toyota Prius has gone down by about $200.

“The Prius stands out because it shows how the vehicle has waned in popularity as hybrid buyers likely are favoring the RAV4 Hybrid or the Camry Hybrid,” Brauer said.

Two smaller SUVs make the list in the Ford Ecosport and the Nissan Rogue Sport. Despite being in a rapidly growing segment, these aren’t as popular as their competitors. Although Brauer notes the Ecosport and Roque do attract practical consumers who are more likely to shop around for a deal. Used versions of the Ecosport have fallen an average of $1,479. The Rogue Sport has dropped $692, on average, according to the iSeeCars study.

You might be surprised to discover that the Porsche Macan, the automaker’s most popular model, also dropped in price. Shopping for a pre-owned Macan now could save buyers nearly $950, according to the iSeeCars study.

“We credit its price drop to the fact that it’s a relatively new vehicle having debuted in 2015 and the supply was more scarce last year,” Brauer continued. “Thanks to a flood of off-lease versions, it has come down in price.”

Pre-owned minivans, like the Kia Sedona, dropped an average of nearly $400 in 2020, according to the iSeeCars study. Photo: Kia Motors America.

Everyone wants a bargain, but sometimes it’s not wise to wait if you need a different vehicle.

“The best time to buy a used vehicle is when you need one,” Brauer said. “Buyers who have the luxury to wait it out will likely see price decreases in the coming months. We just started seeing wholesale prices come down, and that usually takes a few months to manifest in the used car market.”

You can get a deal without waiting for the prices to come down if you are flexible about what car you’re willing to buy. If you absolutely must have a certain model, you may end up paying more. According to Brauer, buyers who are looking for a good deal right now should be open to considering something other than what they originally had in mind.

“Given that used car inventory is tight, you might be faced with the decision of overpaying for what you were looking for versus getting a deal on a similar vehicle or a different trim,” he said.

This is always a good idea when shopping for a pre-owned vehicle. There is no guarantee a dealer will have the maintenance records, as it’s possible the used vehicle was serviced elsewhere. Dealers will, however, have what’s called a “reconditioning report” on file. That essentially documents any items they serviced before it was placed on the lot.

At reputable dealerships, sales consultants can be a wealth of information. When shopping for a used car, be sure to ask for things like the vehicle history report and service records, if there are any. Trustworthy sales consultants will be happy to share this information with you.

The best bet when used vehicle prices are up like this? Research the used cars you want in your immediate area with this free and helpful price tool* and broaden your search radius if you need to. If you are shopping for a younger driver, see this list of the 65 best used cars for teenagers.

We also trust and can vouch for Rydeshopper, which is a neutral third-party vehicle search site*. Like our search tool, you can use Rydeshopper to see dealer inventory in your area, along with contact info and pricing. While the best times to buy a used car may vary, the best place to start shopping is right from your own home.

Nancy Dunham is a life-long journalist whose work appears in many national automotive and general interest magazines and accompanying websites. Her dad was an executive with Western Auto Supply Co. (sold to Sears), so the smell of tires still brings back a flood of childhood memories. She lives in Austin, Texas with her cat Prudence.

*Automoblog and its partners may be compensated when you visit this link .