EVs electric market 2021
ZTSG 26/04/2022 Truck 88
According to data from Allied Market Research, by 2027, the global automotive electrification market is expected to reach USD 140.29 billion. Since the introduction of Nissan Leaf, consumer interest i...

According to data from Allied Market Research, by 2027, the global automotive electrification market is expected to reach USD 140.29 billion. Since the introduction of Nissan Leaf, consumer interest in electric vehicles (EV) has grown steadily, which is currently the longest-selling electric vehicle nameplate today (Leaf was launched more than 10 years ago). The current electric vehicle market is more diversified, with traditional manufacturers, industry disruptors (such as Tesla) and start-ups offering products.

Flashy new model launches have sent pre-sale orders through the roof. Transportation and utility companies that own thousands of fleet vehicles have begun shifting to electrified platforms. Governments worldwide have engaged in legislative and regulatory actions that could boost EV manufacturing and clean transportation infrastructure. With all this activity, how does widespread EV adoption look in 2021? Let’s take a closer look.

In the United States currently, 22 out of 38 major auto brands offer at least one EV model. Up to 50 new models are anticipated to enter the market in the next two to three years. In recent months, EV launches have generated big headlines, particularly truck and SUV models based on ground-up designs. These launches have broken the mold of compact EVs based on existing internal combustion engine (ICE) platforms.

Pickups will see a lot of attention this year. While met with mockery upon launch, Tesla’s CyberTruck is set to begin production in late 2021. Rivian, which has received investment from Ford and Amazon, is showcasing its R1T EV pickup, including a sold-out Launch Edition due in June. And GMC made a splash with the Hummer’s return as an EV. The Edition 1 (starting at a whopping $112,595!) has sold out of its first-year production run of 10,000, although lower-priced models will be introduced from now through spring 2024.

In a turn of events that shocked many car enthusiasts, Ford’s Mustang Mach-E, an all-electric SUV that’s giving Tesla a run for its money, was awarded the North American Utility Vehicle of the Year for 2021. What’s more, the New York Times recently reported that Ford has already taken orders for all 50,000 of the Mach-Es it plans to produce in 2021. Another notable mention: the pre-orders for the launch edition of Volkswagen’s ID.4 electric SUV have already sold out. 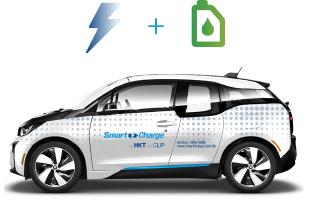 Even with popular models generating buzz and selling out quickly, a few things need to change to tip the EV sales scale more significantly in the coming years, starting with fuel prices.

Since 2014, fuel prices have been on a gradual decline, averaging between $2.00 and 2.50 per gallon between 2016 and 2019. They are presently at a 30-year national low, meaning buyers don’t necessarily have to consider fuel economy a top factor when shopping for a new vehicle. Nothing illustrates this point better than how full-size trucks from the domestic Big Three continue to hold the first, second, and third positions in the sales race. Mid- and full-size SUVs, many with large six- and eight-cylinder engines, are also selling well.

Battery technology has improved by leaps and bounds, with many newer EVs boasting 200- and 300-mile driving ranges. But for drivers unfamiliar with EVs, the concept of “range anxiety” weighs heavily on any purchase decision. Yes, your vehicle will be able to support your daily commute with its battery capacity and an overnight recharge at home. But will you have adequate access to charging stations during a multi-state road trip? In many parts of the country, the lack of charging infrastructure poses a significant challenge that might push consumers away from fully electric models.

Regardless of how many consumers are willing to take their own EV on a family road trip, many of the world’s largest companies are already integrating EVs into their business models. Unsurprisingly, Amazon is among the first to make moves in this direction. Amazon announced a plan to bring custom electric delivery vehicles, manufactured by Rivian, to the roads by the thousands over the next decade. The first of these are expected to roll out this year.

Everyone shops for everything online these days. This became even more true when COVID-19 cut off access to brick-and-mortar retail for many. So, it should come as no surprise that major automakers, including GM and Ford, are looking to expand their commercial delivery solutions. Potential partners, such as FedEx, have expressed a desire to migrate to electric fleets for moving consumer goods. As of this writing, GM is working on a pilot program with FedEX to introduce lightweight, electric vans complete with the latest safety, diagnostics, and route optimization technology.

Moving away from fleet management and the supply chain, a new commercial market for EVs has emerged that could tip the scales in favor of these technologies. That new and emerging market is utility and construction management. For instance, Lordstown Motors, an EV startup, recently announced it has more than 100,000 orders for its Endurance electric truck. Lordstown is targeting utility companies and other commercial entities, rather than individual consumers, with this rollout.

With more companies and municipalities working toward ambitious emissions goals, we can expect to see more EV vans, trucks, and SUVs pop up for commercial use in the coming years.

FedEx Express is slated to be the first customer of the BrightDrop EV600 (pictured), and will begin receiving their vehicles later in 2021. Photo: General Motors.

We can’t have a discussion of EVs or any clean energy technologies in 2021 without mentioning the changing political landscape. President Joe Biden entered office with an ambitious climate plan that could enable broader adoption of EVs in the coming years. It’s still far too early to tell how these actions will play out but there are already a few notable storylines the automotive industry has its eye on.

This includes a plan to install 50,000 EV charging stations, capable of covering an estimated 57 percent of charging needs by 2030. Additionally, Jennifer Granholm, President Biden’s nominee for Energy Secretary who secured $1.35 billion in federal funding for EV and battery development as governor of Michigan, is expected to help lead U.S. efforts to compete with China in the EV sector.

Following the unpredictability of 2020, many have started 2021 with high hopes. Even without knowing how the political and economic landscape might boost these technologies, there’s no doubt that EVs have gained serious momentum. More models are available than ever before and manufacturers are working hard to expand the market into the lucrative pickup and SUV categories, making it possible to find an EV that suits any lifestyle.

Elsewhere, corporations and commercial entities recognize that pivoting to electric transportation solutions is a crucial piece in broader clean energy and low-emissions initiatives. Of course, other factors and market forces could change things at the drop of a hat. While it’s too soon to declare 2021 a breakout year for EVs, there will be plenty for consumers and industry experts to keep an eye on in the coming months!

Richard Reina is the director of product training for CARiD.com and Automoblog's resident expert in the classic and collector car market. He likes repairing and driving old cars, and he especially likes anything in Italy. Richard is the author of The Collector Car Hobby, a guide to finding and enjoying the classic car of your dreams.