Home > Truck > When is the best time to buy a used car? This is what the latest data says

When is the best time to buy a used car? This is what the latest data says

percent car Car Used Day
ZTSG 04/11/2021 Truck 239
Shhh. Want to save at least 5% when buying a used car? Wait until Martin Luther King Jr. Day (mid-January) to buy. You may get transactions that you won't receive in other months.Analysts at iSeeCars....

Shhh. Want to save at least 5% when buying a used car? Wait until Martin Luther King Jr. Day (mid-January) to buy. You may get transactions that you won't receive in other months.

Analysts at iSeeCars.com came to this conclusion after they reviewed more than 32 million used car sales to determine the best times to buy a used car or truck. They compared sales during various holidays, months, and seasons to calculate the ripest car savings windows.

When Should You Buy a Used Car?

Things to Remember While Shopping

When Should You Buy a Used Car?

Although the holiday season is generally a good time to purchase a vehicle, that might only apply to new ones. If you are looking for something used, it might be best to wait until after the first of the year. When iSeeCars.com talks about “deals,” they mean saving five percent or more than you’d typically pay for the average used car.

Based on their research, iSeeCars notes that the average used vehicle is priced at $22,008. A savings of five percent, in this case, would amount to $1,100. The figures below reflect the best times to shop for a used vehicle and the chances consumers are likely to receive a deal above the average of five percent. For example, Martin Luther King Jr. Day offers the greatest chance of savings, which provides nearly 40 percent more deals than average.

You’ll probably not be surprised to find that you’ll likely pay more for a used car when you want to hit the open road – late spring, summer, and early fall. Those are not just the usual times of great driving weather, but families go on vacations, kids head off to college, and high school and college-age kids have free time on their hands. 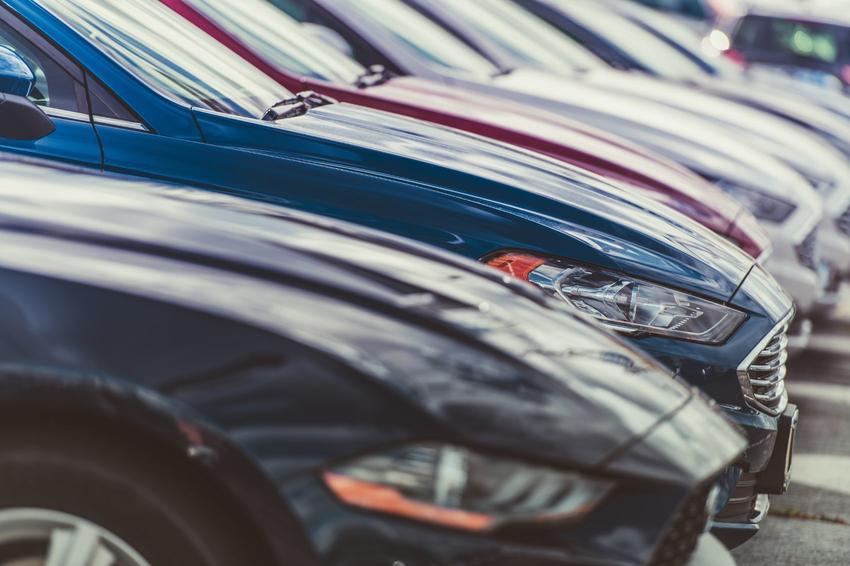 To this end, the number of people camping increased since the pandemic hit and COVID-19 restrictions began. In fact, the North American Camping Report showed camping has grown from 11 percent of all trips in the U.S. to 16 percent since the pandemic. Even if you don’t plan to camp, you can see how that increase would squeeze dealers’ inventory, especially for trucks, SUVs, and other vehicles that tow trailers.

Using the same data analysis me

thod as above, iSeeCars found these are the times you probably want to avoid buying a used car. Here, the times and figures represent when shoppers are least likely to find a used car or truck with a savings of five percent or more. In this case, July 4th holds the highest percentage of fewer deals.

At reputable dealerships, sales consultants can be a wealth of information. When shopping for a used car, be sure to ask for things like the vehicle history report and service records, if there are any. Trustworthy sales consultants will be happy to share this information with you.

Things to Remember While Shopping

When you shop for a used car from the end of one year to the beginning of the next, you want to remember that dealership inventory is about 25 percent less than usual, according to PureCars. That’s due to pandemic-related factory closures last spring. For now, no one seems to know if that reduced inventory is the “new normal” for dealers.

Still, don’t let that reduced inventory stop you from shopping. The shortage doesn’t mean you can’t get a great deal. Auto insiders know that shopping at the end of the month is smart because salespeople and dealerships need to hit quotas. Quotas generally result in financial bonuses for salespeople and sales managers, but that could mean savings for you as they might be willing to “wheel and deal” a little more at the end of the month.

“Car buyers who are planning on buying a used vehicle during the holiday season will still be able to find deals, despite the current inventory shortages,” said iSeeCars Executive Analyst Karl Brauer. “However, waiting until the beginning of the year will likely provide more significant savings at car dealerships as used car inventory becomes more stable.”

To help you get started, we have this handy tool* where you can see used vehicle inventory in your area. We also trust and can vouch for Rydeshopper, which is a neutral third-party vehicle search site*. Like our search tool, you can use Rydeshopper to see dealer inventory in your area, along with contact info and pricing. While the best times to buy a used car may vary, the best place to start shopping is right from your own home.

Nancy Dunham is a life-long journalist whose work appears in many national automotive and general interest magazines and accompanying websites. Her dad was an executive with Western Auto Supply Co. (sold to Sears), so the smell of tires still brings back a flood of childhood memories. She lives in Austin, Texas with her cat Prudence.

*When you visit this link, Automoblog and its partners may be compensated.