Home > New energy > According to WalletHub data, the following are the best and worst driving conditions in 2021

According to WalletHub data, the following are the best and worst driving conditions in 2021

To determine the most driver-friendly states in the United States, WalletHub compared 31 key indicators across all 50 states. The data sets range from average gasoline prices to traffic congestion during peak hours to road quality.

If you want anecdotal evidence about the best and worst states to drive, you will do worse than talk to me.

I’ve lived in several states and traveled all over the U.S., so I can speak to my experiences when looking at WalletHub’s data-driven-and-analyzed list of 2021’s Best & Worst States to Drive in. And, between us, I do see a few more areas to explore. Top on my list is Washington, D.C. Anyone who has ever driven on the Capital Beltway (I-495) during rush hour (pre-pandemic) knows what I mean.

In fairness to WalletHub, they did not include the District of Columbia. And parts of Maryland and Virginia – outside of the D.C. metro area – are quite rural. That would decrease the total number of stuck-in-traffic miles logged for both states.

Best States To Drive In

Worst States To Drive In 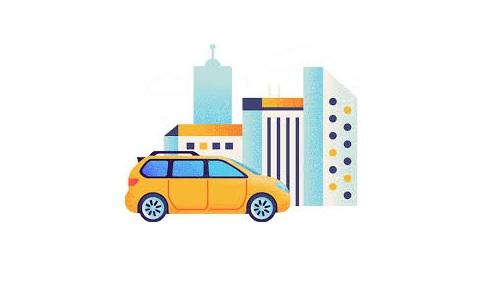 Best States To Drive In

The best area to drive without traffic is Texas, followed by Indiana and North Carolina. I’ll give those WalletHub rankings a major yes, but with some caveats. I’m in Austin, my mother-in-law lives in Indiana near Chicago, and my brother-in-law lives in Asheville, North Carolina. Traffic is often fierce in each of those areas. So, yes, driving in those states’ farmlands is a breeze but don’t expect that everywhere.

There are other “bests,” including lowest rush hour traffic (Alaska), fewest days of precipitation (California), lowest car theft rate (Vermont), and lowest auto maintenance costs (West Virginia). Maine has the lowest average car insurance rate, $912, which is 3.2 times lower than in Michigan, the state with the highest at $2,878.

Worst States To Drive In

The worst states in which to drive, according to WalletHub, are Washington State (bad), California (worse), and Hawaii (don’t even try). Again, that depends. Let’s consider Hawaii. If you’re in Honolulu, yes. It’s got some pretty nasty traffic jams, just like any other big city, though not California-horrific. If you’re on the island of Kauai, though, driving is as easy as in rural Indiana. As a matter of fact, my late husband likened the two areas.

Not surprisingly, WalletHub found that Hawaii had the highest gas prices at $3.28 per gallon. Other “worsts” include the highest rush hour traffic (Florida), most days with precipitation (Alaska), highest car theft (Oregon), and highest auto maintenance costs (New York).

The short video below from WalletHub explains more about the study. How about where you live? What is traffic like? Let us know in the comments below or on Twitter.

Nancy Dunham is a lifelong journalist. Her work has appeared in many national automobile and general interest magazines and related websites. Her father was an executive at the Western Automotive Supply Company (sold to Sears), so the smell of tires still evokes many childhood memories. She lives in Austin, Texas with her cat Prudence.