The Toyota RAV4 has been around for a long time and remains a strong contender in the small SUV category. It helped define the segment and continues to set the pace. If you haven’t taken a look at the RAV4 recently, you might be surprised at what Toyota has done.

We recently tested the 2016 Toyota RAV4 Limited with all-wheel drive.

The Toyota RAV4 gets updated styling for 2016, including a sleeker front fascia. A new Toyota Safety Sense package is available that includes a variety of high-tech safety technologies.

A Hybrid model is also new, which we reviewed earlier this year. 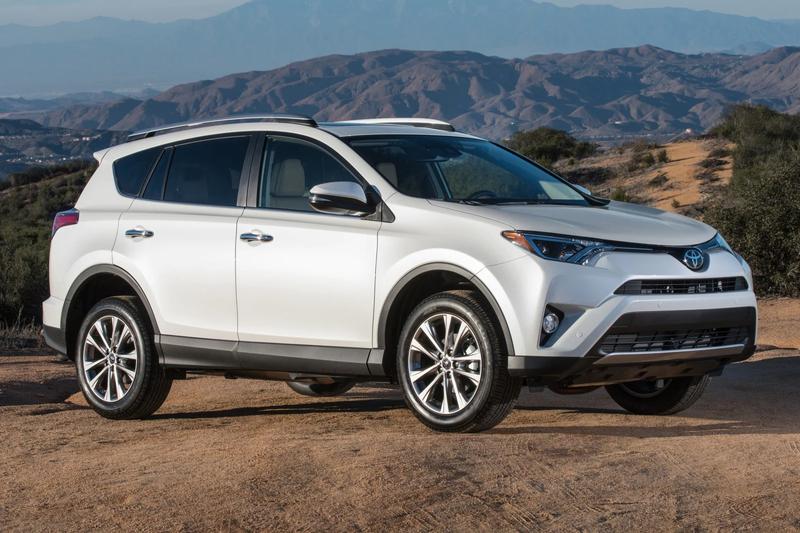 The first thing we noticed inside the Limited was the two-tone, black and cream colored interior. It coordinates throughout the cabin with trim on the seats, door panels, and two-tiered dash. Limited gets extras like heated seats and an eight-way power driver’s seat with memory. The front seats are extra comfortable and could be the best in this segment.

We appreciated the easy-to-operate infotainment and climate control. It didn’t take getting out the owners manual to figure out how to change the radio station. There’s lots of soft-touch materials and Limited has a luxury feel to it. In the back, there’s plenty of legroom for two adults but some may find the rear bench seat insufficiently supportive, flat, and a bit hard. The seats recline and fold forward, though, for some relief.

The RAV4 has always been about utility and the 2016 model carries on that tradition.

Large doors make it easy for taller riders to slide in and to exit. The back doors are large too, making it easy for kids and adults to climb in and out.

A 2.5-liter four-cylinder engine powers the RAV4 and produces 176 horsepower and 172 lb-ft of torque. It’s mated to a 6-speed automatic transmission with a sport-shift mode. Fuel economy estimates for AWD models are EPA rated at 22/29 city/highway and 25 combined mpg.

The 2016 Toyota RAV4 is an excellent commuter vehicle and has tons of utility capabilities. It drives more like a car yet it comes with all-wheel drive for more confidence in cold climates. This small SUV is responsive enough for the city, but lacked power as we pushed it through the high-altitudes of Colorado, west of Denver. Most consumers will never drive it hard up into the mountains like we do on our test runs, so engine power should be sufficient enough for most situations.

During mild off-roading, it will perform just fine.

The automatic transmission has a Sport mode which we enjoyed using. Toyota tuned the transmission for efficiency, so it likes to shift to a higher gear as soon as possible while driving around town. We put it in Sport mode and the responses are sharper, and much more ideal for driving in hilly country.

On the highway, the RAV4 has a civilized ride but we thought it was a bit noisy at high speeds. The overall demeanor is composed but it’s not as sporty as the Mazda CX-5 or Subaru Forester. It rides a little lower than the average small SUV which is a benefit for urban dwellers. It handles the curves like a sedan and it smoothed out the bumps as we hit the dirt roads heading home.

The 2016 Toyota RAV4 Limited AWD offers an upscale interior and the front seats are the most comfortable in this class. For utility, the RAV4 shines in cargo carrying ability while the AWD provides secure handling. This small SUV has good driving dynamics for the city commuter, a

nd for a small family, the RAV4 will make transporting kids, the dog, and cargo an easy proposition.