Author Colin Comer takes us through the story of the greatest Mustang in history.

If you’re going to write a book about the Ford Mustang, you might as well write one about the best Ford Mustang. Obviously, I’m talking about the Shelby Mustang, the pony car to end all pony cars. Whatever the normal Mustangs could do, Shelby’s did better, both on and off the track. Shelby Mustang: The Total Performance Pony Car is yet another fine entry from Motorbooks that looks acutely into all things Mustang.

Earlier this year, I read another one from Motorbooks by author Donald Farr about the Boss Mustang. It doesn’t look like they’re going to break the chain of their successes any time soon on the topic of the Ford Mustang.

New Version of a Classic

Foot On The Gas

Shelby Mustang: The Total Performance Pony Car is written by Colin Comer and features a rather nice forward by Lee Iacocca, Mr. Mustang himself. The subtitle alludes to Ford’s racing slogan from the 1960s. Henry Ford II got a real bee in his bonnet about racing for some reason. He didn’t want to just win here and there, he wanted complete domination. Total Performance was the slogan FoMoCo came up with, and Total Performance is what they got. They won at Indy, they won in NASCAR. Ford won at Le Mans and their corporate backing of the Cosworth engine assured them of Grand Prix immortality.

The Shelby Mustang fit right in the middle of this spectrum of world-beating success. It wasn’t the Boss Mustang slugging it out with Mark Donohue and Dan Gurney in the Trans Am series; it was found running against a wide variety of sports cars in SCCA B-Production racing. Back then, that meant everything from big Jags and Healeys to other all-American hot rods.

New Version of a Classic 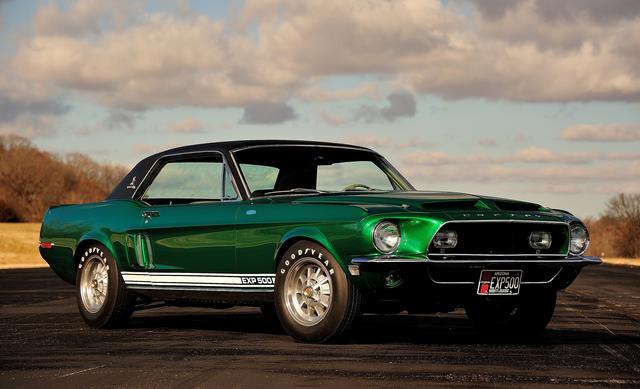 This is an updating of Comer’s 2014 version of the book and features lots of new photos and details on individual and historically significant cars. Comer is recognized as one of the world’s foremost authorities on Shelby cars and he definitely gets that impression across in this volume.

Comer starts at the beginning, with Shelby being tasked to “make it better” and make the Mustang go as good as it looked. Carroll did that the old fashioned way. He got a 1965 289 K-code fastback, got the engine producing more power, cut the weight, and “improved” the handling. They sure handle better than stock Mustangs, but no one ever mistook them for a light and agile Alfa or something like that. Then again, raw power overcomes a lot of handling deficiencies. Just ask all the guy

Shelby Mustang: The Total Performance Pony Car takes us through the history of the ultimate Mustang. Photo: David Newhardt.

Foot On The Gas

Of course Shelby didn’t stop there, and neither does Comer. After the deep dive into the 350, he goes just as deep into the GT500 (big block Mustangs that are going for obscene amounts on the auction circuit these days), and even takes a crack at the modern Shelbys Ford started cranking out in 2006. Some might quibble with that, but I am not one of them. They are just as deserving of the moniker as the vintage cars, doing everything Shelby Mustangs have always done. Go fast, turn hard, stop harder, and don’t break the bank.

Oh yeah, photos. Shelby Mustang is swimming in lots of photos and it seems like I have only seen about a third of them before. Motorbooks has a knack for doing this, finding lots of cool old shots from Lord-knows-where. By this point, I’ve stopped asking and am just grateful to whomever their photo researchers are. There’s all these fantastic old shots of the Shelby facility down in SoCal; various famous people in the background; now-priceless parts stacked here and there; and assorted gearheads getting down to the task of making it fast, making it last, and making a lot of them.

The photos alone make it worth the price, but it also works as a must-have book it you are, A) a Mustang fan (duh); B) a Shelby Fan (also duh); C) a racing fan; or D) a fan of mid-century cars in general. In other words, you should probably just buy this book on general principles alone if you are a car enthusiast.

Where to Buy: Amazon

Colin Comer is one Respected authority on car collections, and a well-known supporter of Shelby's American cars, people, and history. Over the years, he has been known as a contributing editor of Sports Car Market and American Car Collector magazines, editor of Hagerty magazine and Road & magazine. Orbit magazine. When not writing about cars, Comer likes to maintain his own eclectic collection of classic cars, and is a versatile racer and pilot. He and his family live in Milwaukee, Wisconsin, or, in Comer’s words, “52 miles from the U.S. highway.”