Cooper tires tire Tires TireBuyer
ZTSG 11/10/2021 Truck 206
Cooper ReviewIn Our Opinion:Cooper tires are a strong choice for drivers looking for affordable replacement tires without breaking the bank. While it’s not the biggest manufacturer in the tire industr...

Cooper tires are a strong choice for drivers looking for affordable replacement tires without breaking the bank. While it’s not the biggest manufacturer in the tire industry, Cooper is still competitive with Goodyear and Michelin. Many customer reviews mention brand loyalty, with some drivers purchasing Cooper tires for over 20 years with few complaints. However, other reviews mention issues with Cooper tires’ tread life.

Tires designed with a focus on safety first

Tires with treadwear warranties up to 80,00 miles

Cooper Tires is among the industry’s more affordable brands. But do Cooper’s lower prices mean you’re sacrificing on quality?

In this article, we’ll discuss Cooper Tires in-depth, going over industry ratings, popular Cooper models, tire costs, and customer reviews. Rather than focus on one Cooper Tire model, we’ll be looking at Cooper as a brand, giving you a clear view of the company’s strengths and weaknesses and evaluating the best Cooper tires to purchase.

Our review team researched and ranked the top 10 best tires currently available. Cooper Tires ranked No. 3 on our list, so you may want to compare its tires to other strong manufacturers’ options. To get prices for the best tires on the market from a variety of brands, visit TireBuyer.com.

Our Final Thoughts on Cooper Tires

Although Cooper Tires was started in 1914, it’s still considered one of the newer tire manufacturers in the industry. The American company began by selling tire patches and tire repair kits, but it quickly pivoted to become a chief replacement tire manufacturer. In recent years, Cooper Tires has landed original equipment (OE) tire contracts with Ford, Volkswagen, and Mercedes-Benz.

While Cooper is not considered one of the big three tire brands – Michelin, Goodyear, and Bridgestone – it did account for almost five percent of North American tire sales in 2019. Cooper tires are considered some of the most affordable on the market. While other big-name brands can easily run upwards of $800 for a set of SUV tires, Cooper tires may only cost around $600, according to TireBuyer.

Cooper Tires makes products for cars, trucks, SUVs, and minivans. It’s also an independent manufacturer, meaning that its products are only distributed through independent dealerships, some regional and national retailers, and wholesale websites. This can sometimes make finding Cooper tires difficult.

Here’s a little more insight into how UTQG works:

Traction: This measures how well your tires “grip” a wet road. Traction grades are rated highest to lowest using AA, A, B, or C. Most quality standard tires have an A rating or higher.

Treadwear: This estimates your tire’s lifespan and is rated by comparing a tire against a control. The control has a 100 rating, and most passenger tires fall between a 300 and 500 rating, meaning they last three to five times longer than the control.

Temperature resistance: This measures a tire’s heat resistance from highest to lowest using A, B, or C. This is important based on tires’ designs and how fast they rotate. For example, performance tires tend to have higher temperature ratings because they’re rotating at faster speeds.

Below, we’ve compiled a few popular Cooper Tires models as well as their UTQG grades using data from SaferCar.gov. 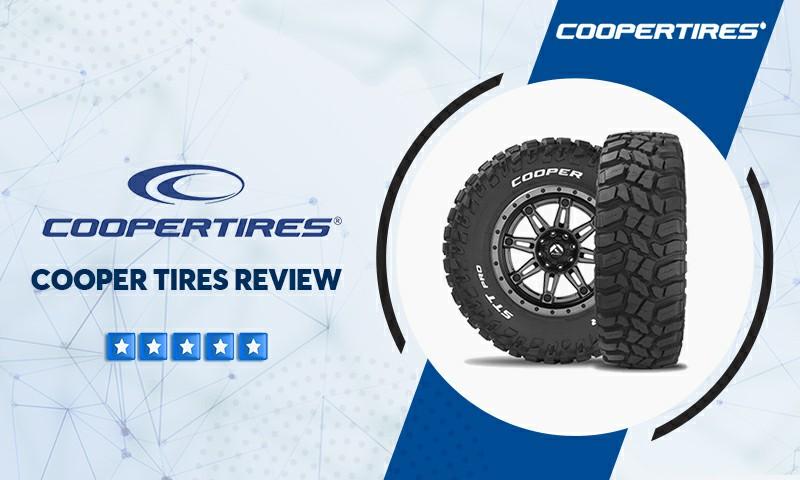 It’s important to note that the NHTSA does not assign these grades, as it does not conduct the tests itself. Manufacturers hire independent companies to handle tire testing. As such, these ratings should be taken with a grain of salt.

If you want to know more about a Cooper tire you already own, you can check the tire’s sidewall for its UTQG grade.

ooper specializes in replacement tires but also provides OE tires for Ford, Volkswagen, and Mercedes-Benz. As the fourth-largest tire manufacturer in the U.S., Cooper has become a trusted option for passenger car tires, all-terrain tires, and performance tires.

According to TireBuyer, a few of Cooper’s highest-rated tires include:

Cooper Zeon LTZ: An all-terrain truck and SUV tire with a specialized hybrid design made for off-road and normal drives

Each of the Cooper tires above received at least a 4.0 out of 5.0 rating on TireBuyer, reflecting customer satisfaction and popularity. These models are also well-regarded throughout the tire industry.

Cooper tires are known for their affordability. Popular day-to-day tires, like the Cooper Trendsetter SE, cost between $75 and $85 on TireBuyer. Other models range from $65 to about $475, depending on the tire size, vehicle type, and tire specialization.

If you purchase a large tire with specialty treads for mud or snow, it will cost significantly more than all-season, standard-sized tires for a passenger car or SUV. However, overall, Cooper tires cost notably less than competitors like Michelin and Goodyear.

To give you a better idea of Cooper tires’ typical performance on the road, we gathered a few customer reviews from TireBuyer. Cooper reviews are mostly positive, but some customers mention issues with their tread life and tread separation while driving.

Here are a few examples of customer experiences with Cooper tires:

“This is the third time I purchased [Cooper Tour Evolution] tires online and ended up saving anywhere from $100 to $200 with the rebates. The first set I purchased for my truck, which hauls a horse trailer, and they are working out great. I have 40,000 [miles] on them, and they still have plenty of tread left.” – Andio via TireBuyer

“I have only had [Cooper Discoverer A/T3 XLT tires] on the truck for three weeks, but they are smooth as glass and incredibly quiet for any tire – much less an all-terrain tread. I even rolled the windows down on the way to work and couldn’t hear anything.” – BRK via Tirebuyer

“[Cooper CS5 Ultra Touring] tires aren’t worth the money. These may be fine on a small car, but they clearly aren’t suitable for a mid-size SUV. I’ve been buying Cooper tires for 20 years... that ends with these.” – Lyle via TireBuyer

“Good for the price, but I’d recommend paying a little more for something that should last longer. [Cooper Trendsetter SE tires] seem to wear out fast and dry-cracked pretty early. They’re a good summer tire, they do OK in wet and OK in snow, light mud.” – Tito via TireBuyer

Our Final Thoughts on Cooper Tires

We rated Cooper tires 4.0 out of 5.0 stars and named the manufacturer the Most Affordable tire company in 2021. Its price point, variety of replacement tire options, and focus on safety make Cooper a strong choice for most drivers. However, Cooper tires may not be the most long-lasting on the market.

We recommend comparing Cooper with a few other of our top tire picks, especially if you’re looking for an OE tire. You can start shopping for Cooper Tires at TireBuyer.com.

While you’re shopping for tires, we also recommend checking out Michelin and Pirelli. These brands scored well in our review of the nation’s best tires and may offer strong tire options for your vehicle.

You don’t have to own a Maserati or a Lamborghini to get Pirelli tires, although the tire manufacturer is famous for its high-performance tires for luxury and exotic car brands. Pirelli makes tires for day-to-day cars, trucks, and SUVs too. For a premium price, you can get high-quality tires that perform well in wet and dry road conditions.