Realizing the future of super charging through charging

In the automotive era before World War II, technology enabled some of the brightest vehicles to produce thunderous horsepower, and superchargers became a reliable method of forced air intake for internal combustion engines. Mercedes-Benz, Cord and even Indy 500 racing cars are brought to life due to the enhanced engine air, which generates huge horsepower. However, in recent years, with the development of turbocharging technology, superchargers have gradually lost the favor of automotive engineers.

The leading problem area with superchargers is the need for large quantities of mechanical momentum from an engine’s crankshaft. Defined technically as parasitic loss, a belt or gear-driven supercharger unit consumes as much as 1/3 of the engine’s power to operate. Becoming a situation similar to running an air conditioner or the power steering systems, the load actually reduces an engine’s operation efficiency. The reward of a supercharger must repay the lost engine performance and provide the source of extra horsepower.

The best solution for the future of supercharging would be to step away from the dependence on the engine’s forces. Advancing from mechanical to electrical drive has been viewed for years as an experimental possibility, but Controlled Power Technologies (CPT) has presented a captivating approach to the electric supercharger. In their VTES (Variable Torque Enhancement System), CPT showcases electric supercharging as a powerful solution extensively selling fresh thinking to hybrid vehicle technology.

Demonstrated on a 1.4-liter gasoline engine, CPT’s VTES comfortably seats inside the engine compartment with applications possible throughout the ranges of internal combustion powerplants. Gasoline and diesel powerplants to potential hosts, it is even possible to include VTES on engines mounted with a turbocharger. Filling the engine cylinders with a maximum boost pressure of 1.45 (a figure determined between the absolute pressures within the supercharging process), an electrically-powered radial compressor spins at 70,000 RPMs.

Performance of the VTES technology is prevalent on all measurable performance scales. Torque production through the 1.4-liter powerplant inc 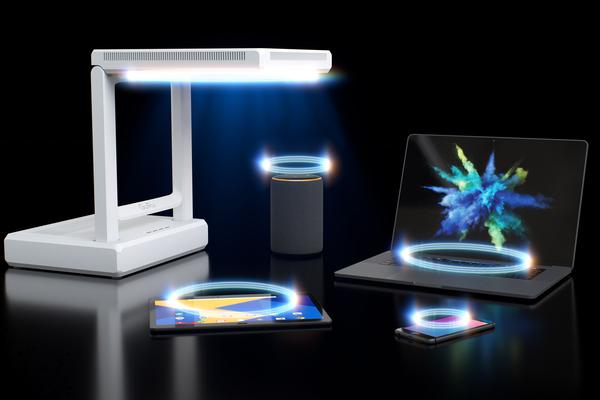 reases by 40%, available at lower engine revs. Cutting 2.1 seconds from a 0-62 mile per hour run, the electric supercharger demonstrates steadier power production than a normally-aspirated engine. CPT also advertises a VTES fitted in a turbocharged, 2-liter gasoline powerplant promoting even better motion. In the turbo application, the VTES installation is said to be worth over 33 horsepower. Near-instant power energizes in only 1 second as 80% of the engine’s improved torque is on tap. This latter setup is cited as an automotive powerplant scenario catering to the United States auto market.

Beyond being an excellent power boost, CPT proudly boasts its electric supercharger unit as a low-cost hybrid solution. Instead of electrical current having a direct role in moving wheels, energy is applied directly through a compressor to increase the internal combustion engine’s efficiency through forced air. Also opposed to many hybrid vehicles employing higher-voltage electrical hardware, the VTES is designed to work on the current industry standard 12-volt automotive system. Theoretically, this technology opens hybrid-type capabilities to a wide range of existing powerplants and performance applications. It’s still too early to consider whether or not an electric supercharger could become a bolt-on aftermarket component.

As hybrids remain the environmentalists’ tools, the VTES provides all the efficiency benefits on top of the superior horsepower and torque. Combined with a specially-developed turbo 2-liter gasoline engine, CPT eludes fuel efficiency up to par with a diesel powerplant of the same displacement. To gain the full perspective for how electrical assistance can aid today’s engines’ mechanical workings, the VTES is configured along with an integrated starter/generator system (a popularized option on European cars which has yet to catch on in North American vehicles offerings).

One step away from experimental by CPT, electric supercharging realizes a possible automotive future where power production will be coaxed out of internal combustion engines through even more efficient means.