2020 Mazda6: A comprehensive understanding of pricing and trim levels

Mazda6 Touring 2020 Grand Mazda
ZTSG 14/08/2022 Sedan 122
The starting manufacturer's suggested retail price of 2020 Mazda6 is slightly less than US$25,000.A turbo engine joins the lineup along with new tech features.Here is what to expect if you are shoppin...

The starting manufacturer's suggested retail price of 2020 Mazda6 is slightly less than US$25,000.

A turbo engine joins the lineup along with new tech features.

Here is what to expect if you are shopping for a new Mazda6.

Mazda, as ever, gives you a lot of bang for your buck. The 2020 Mazda6 is a perfect example. Refined and thoroughly gone over for the new model year, everything has been looked at, from the key fob to the taillights. The 2020 Mazda6 is the Hiroshima company’s flagship midsize sedan. Very attractive on the outside as well as the inside, it packs more than enough tech features and just enough “zoom-zoom” performance to keep a wide swath of sedan buyers interested.

What Engine Does The Mazda6 Have?

Conclusion On The Mazda6?

It will start at a very reasonable $24,920 after destination. Not that much for a sedan this capable. Here is a handy chart that shows the pricing by trim level. 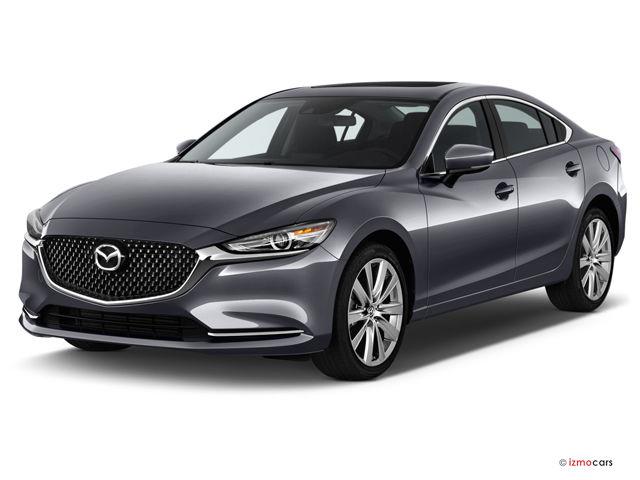 What Engine Does The Mazda6 Have?

Ah yes, the engine room. All 2020 Mazda6 sedans come with G-Vectoring Control Plus, mated to one of two engines. The first is a Skyactiv-G 2.5-liter with 187 horsepower and 186 lb-ft. of torque, or a turbo Skyactiv-G 2.5T cranking out a respectable 250 horsepower and 310 lb-ft. of torque. Cylinder-deactivation is standard while the transmission of choice is a Skyactiv-Drive six-speed automatic. It includes a Sport Mode that recalibrates the gear ratios for more spirited driving.

Related: Considering a pre-owned Mazda6 instead? Our full review of the 2018 model.

In addition to that turbo engine, the Mazda6 Sport will be of the most interest to us gearheads. It comes standard with the full suite of Mazda’s i-Activsense safety features. The package includes Radar Cruise Control with stop and go function; Advanced Smart City Brake Support with Pedestrian Detection; Smart Brake Support with Collision Warning; Lane Departure Warning with Lane-Keep Assist; and Blind Spot Monitoring with Rear Cross-Traffic Alert.

The Mazda6 Touring does just what its name implies: loads up on goodies that make longer jaunts less arduous. The Touring has all the stuff in the Sport but upgrades you with Apple CarPlay and Android Auto; leatherette-trimmed seats; heated front seats (yay!); and a power moonroof with interior sunshade. 19-inch alloy wheels and another two USB charging ports for the rear seats are also part of the deal.

Next is the Mazda6 Grand Touring. This version comes with larger front ventilated brake discs (always a good idea) and adds a Bose 11-speaker premium stereo with SiriusXM. Toss in the heated mirrors and steering wheel paddle shifters and you’re good to go.

Related: How does the Mazda3 drive? Here is our full review.

Beyond that, the Grand Touring Reserve tacks on power folding side mirrors; windshield wiper de-icer; and an eight-way power driver’s seat with memory. Styling gets a bump with bright silver 19-inch alloy wheels, LED headlights, and a rear lip spoiler.

At the top of the heap, you’ll find the Mazda6 Signature. Mazda calls this “an aspirational trim level” which made me laugh. Trim levels are now aspiriational? Please no. That said, the Signature really unloads the goodies: gunmetal front grille, new badging, and either Parchment or Deep Chestnut Nappa leather with Japanese Sen wood and UltraSuede accents for the interior.

A 360-degree View Monitor with front and rear parking sensors and a seven-inch TFT reconfigurable display grace the dash along with a navigation system. Said system includes Traffic Sign Recognition and SiriusXM Traffic and Travel Link subscriptions. The headliner is black, the rearview mirror is frameless, and there are LED ambient lights to compliment the accent stitching on the leather-wrapped steering wheel.

Conclusion On The Mazda6?

Like I said at the beginning, there’s a lot of good stuff in this sedan, especially with a starting price just shy of $25,000.