Three-Row seating in an SUV for under $30,000? Not possible you say? Mitsubishi Outlander pulls it off and it even includes all-wheel-drive. This weekend we drove the newly revised 2016 Mitsubishi Outlander SUV. It’s a vehicle for growing families who need that third row for the kids and their friends.

Is it the best vehicle out there for the money? We checked into it further to see if it’s a good fit for you. 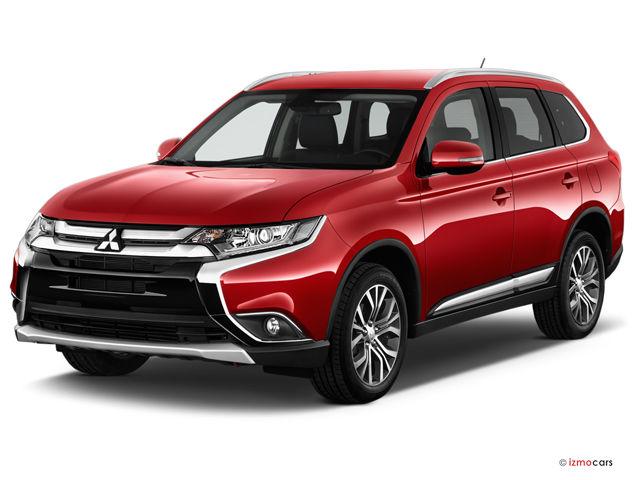 The 2016 Outlander gets updated exterior styling with new wheels plus new front and rear fascias to go with it. It also gets LED running lights and taillights. There’s also a revised navigation interface and a more user-friendly folding process for the second-row seat. Finally, a new mid-range SEL trim level debuts – the one we tested this weekend for you.

The interior of the new Outlander is now on par with the competition and gets no less than 31 improvements according to Mitsubishi. It features upgraded door glass and windshield, improved door sealing, and more insulation for a quitter ride. We like the refreshingly straightforward instrument panel that doesn’t have a lot of buttons to confuse the driver. The cabin feels roomier than the competition even though it’s about the same size

The interior doesn’t grab you until your eyes pop out, yet it’s warm, accommodating, and highly functional for a family. It does get improved materials throughout with new fabrics, contrasting stitching, and plenty of soft touch surfaces. There’s of course three rows that give families extra room for hauling kids, gear, and friends to the soccer field. The second row is also roomy enough for hauling teens and adults. Move to the third row, and you can haul the smaller kids. The second row easily folds flat for a large cargo area, and there’s a small storage compartment in the floor, good for hiding valuables out of sight.

The new trim Outlander SEL is powered by a capable 2.4-liter four-cylinder engine that generates 166 horsepower and 162 pound-feet of torque. It comes mated to a continuously variable automatic transmission (CVT) that powers all four wheels. Fuel mileage estimates according to the EPA are 24/29 city/highway and 26 combined mpg on this all-wheel-drive model.

Mitsubishi Outlander SEL is an undemanding crossover that’s quiet, comfortable, and well-mannered on the open road. It can seem a bit soft and detached from the driver but you aren’t buying a $55,000 BMW X5 with 445 horsepower. The 2.4-liter coupled with the CVT is designed for fuel economy and won’t give you unlimited power going uphill. We pushed it hard going up I-70 at 9,000 feet elevation and it held its own while hauling two people. Add a full compliment of kids and gear and it will struggle, however. If you drive in the city, which most families will, it will supply your needs well.

The additional sound insulation makes the Mitsubishi Outlander one of the quietest in its class too.

Families who want the security of all-wheel-drive will benefit from Mitsubishi’s many years of rally racing where they perfected the system. The system is called S-AWC, which sends the optimum torque split in every situation, including when just one wheel is on ice. We were able to test the SEL on snow-covered roads in the mountains and we felt confident in the Outlander’s ability to get us anywhere safe and secure.

Even though the optional electronic safety lane-departure warning is a bit annoying, it worked almost too well as we traveled the two-lane mountain roads.

It also features a forward collision mitigation system that notifies the driver if you are following a vehicle too close. If the driver fails to react, it automatically applies the brakes to reduce the severity of an impact.

If you need an affordable seven-seat family crossover, the Mitsubishi Outlander SEL gives you a good bang for the buck. If you don’t want all the additional safety features, you can keep this 3-row SUV well under $30,000 making it a good value proposition for growing families.

If you need all-wheel-drive, Mitsubishi has one of the best.