Whether the automotive market considers all-wheel drive to be an excellent active safety component, or smart marketing to satisfy customers’ illusions about driving anytime, anywhere, cars with four-wheel flexibility have won the favor of many consumers. focus on.

Once a technology limited to just four-wheel drive trucks, improved mechanicals and electronics have made all-wheel drive handling a popular feature assisting in maintaining stability when traction is at a premium.

Automakers have reacted to this desire for all-wheel drivetrains. Some brands such as Subaru and Audi fitting the technology almost exclusively across the vehicle line-up in North America. The hunger for all-wheel drive is equal outside of the United States where cars sold in Europe and Asian countries exhibit the technology on everything from wagons to high performance cars.

Set for introduction during the less all-wheel driving challenging times of May, Volkswagen is unleashing a more rugged version of the Passat wagon called the Alltrack. Based on Volkswagen’s European platform for the Passat, the Passat Alltrack premiered at the 2011 Tokyo Motor Show revealing an all-terrain temperament for the Estate wagon. 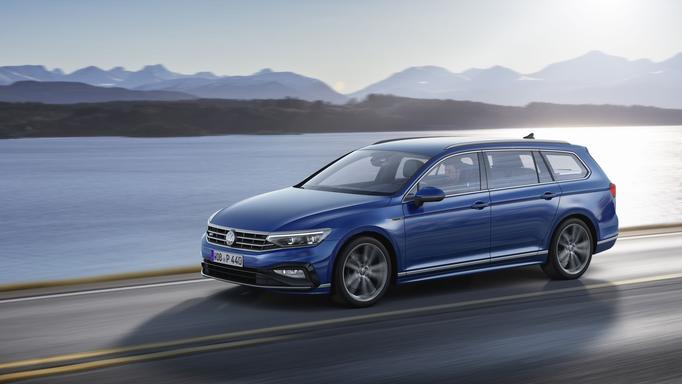 An upgraded wagon meant to better conquer the dirt roads and hill outside the urban areas of major European cities, the Passat Alltrack offers enhanced abilities to handle greater approach and departure angles.

Under standard operation on calm roads, only 10 percent of propulsion power is transferred to the rear axle. However, under specific driving conditions, the Volkswagen Passat Alltrack 4MOTION all-wheel drive system’s electrohydraulic Haldex clutch can shift up to 100 percent of engine power to the rear wheels. For extra control after rough trails, a driver-selectable off-mode mode can be activated for catered driving attribute on challenging surfaces. Features such as hill descent control insure peak off-road handling with the Volkswagen Passat Alltrack.

Giving up some of the sophisticated allure of the Estate wagon, the Passat Alltrack maintains an extensive use of chrome. Playing to both the theme of luxury and off-roaders enjoying the sight of metallic-like surfaces, chrome accents on the grille, mirrors and roof rails. Inside of the Volkswagen Passat Alltrack, Alcantara upholstery, dual-zone climate control, Bluetooth connectivity and a touchscreen satellite navigation system provides a posh accommodation for enduring the all-wheel drive travel over rough terrains.

Audi fans will most definitely recognize the vehicle configuration. Introduced to the North American public at the Audi A4 Allroad at the 2012 North American International Auto Show, the Passat Alltrack plays on the same theme as well as much of the same vehicle technology. While most the Passat Alltrack and the Audi A4 Allroad share some chassis platform traits, both vehicles are put together differently with the Volkswagen branded vehicle being slightly more conservative on engine power and ride height.

No plans exist for bringing the Passat Alltrack to North America. Firstly, the technology will not be easily transferable to the Tennessee-built Volkswagen Passat car sold in the United States, Canada and China. In order to receive the benefit of a more affordable mid-sized sedan, Volkswagen created the latest Passat for the North American customers on a distinct platform from the European model.

Secondly, while Volkswagen’s luxury division Audi has become increasing reliable for relaying exceptional products to North American customers, the higher number brand has been less impressive. However, limited arrival of the Golf R could be a sign that the German automaker is once again realizing the importance for paying attention to the United States.